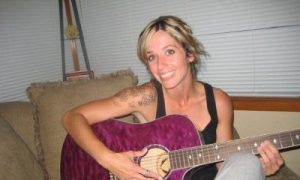 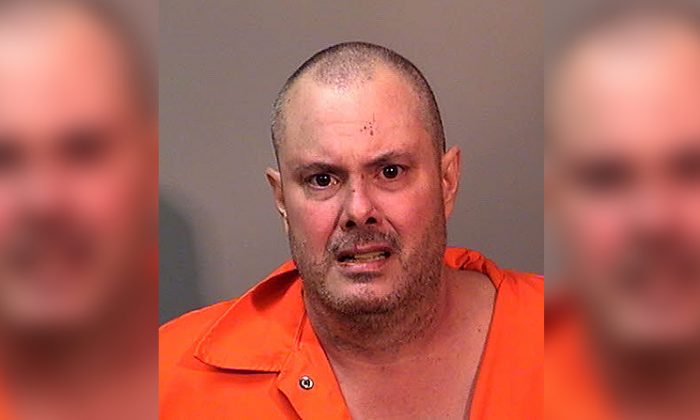 Rockwood, Michigan, police officers smelled a foul odor when they showed up at the home of 50-year-old Jeffrey Michael Thomas in response to a disturbance complaint.

Tracking the odor, they found a grisly package in one of the bedrooms—the body of Thomas’s 32-year-old girlfriend, decaying in a swath of cellophane.

Rockwood Police Chief Randy Krause told the Detroit News that officers responded to a 911 call for a disturbance on Candace Drive and between East Ditner and Olmstead drives shortly after midnight on Jan 14.

According to WXYZ, a neighbor called police after Thomas jumped out of a second-story window, then knocked on the neighbor’s door with a semi-coherent story about some sort of mayhem.

“Our next door neighbor was knocking at the door and we didn’t know what was going on,” Thaddeus Tomic told WXYZ. “He was really frantic he was saying there was armed men in his house with children and they were going to shoot.”

Upon arrival police found Thomas outside “with blood on his hands, arms, and legs,” Krause told the Detroit News. The man was disoriented and claimed that a woman and children were inside the home with an armed man.

Police found no gunman and no hostages, but tracking the unpleasant odor to an upstairs bedroom, police found the windows wide open despite the 20-degree temperature—and despite the open windows, they smelled a very strong odor of decay from the body, wrapped in plastic, lying on one of the beds.

Police identified the body as that of 32-year-old Jennifer Ann Butkowski, who lived with and dated Thomas. The couple had moved to Rockwood from out of state less than two months prior.

“We believe that she may have been deceased for up to a month,” Krause told WXYZ.

“He tried to conceal the death by wrapping her in plastic. We don’t know what his intentions were to do with the body, but that is a crime and we are holding him on that,” Krause continued.

The body was autopsied on Jan. 15 but so far, the medical examiner has not been able to determine a cause of death.

“We are still waiting on results from the medical examiner for the cause of death,” Krause told the News-Herald on Jan. 16. “Due to the nature of the body, it’s unlikely the results will come back today. We will investigate the case as a homicide until it is proven otherwise.”

After his arrest, Thomas was taken to a local hospital for treatment and then to jail.

He was arraigned in the 33rd District Court and charged with concealing the death of an individual, which is a felony punishable by up to 5 years in prison and a $5,000 fine. He is being held on a $200,000 bond.

A probable cause hearing is scheduled for Jan. 30 and a preliminary evidentiary hearing for Feb. 2, the News-Herald reported.

Krause indicated Thomas would receive a psychological evaluation before those dates.