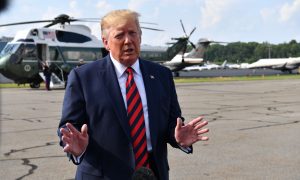 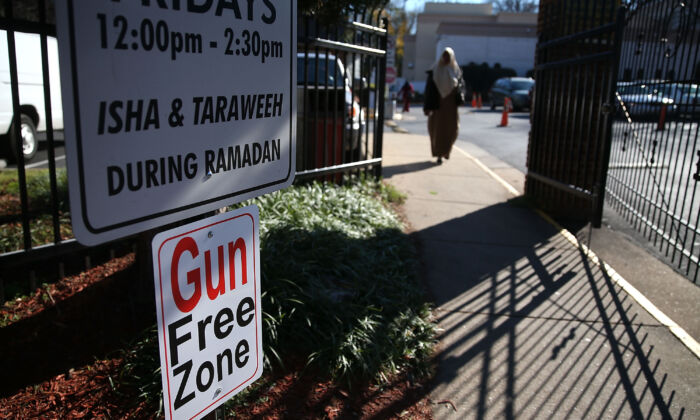 A Michigan state lawmaker’s newly introduced legislation to hold government agencies and private businesses liable for civil damages if anyone is injured during a shooting in a gun-free zone on their premises is a promising proposal, according to noted gun scholar John R. Lott Jr.

The plan comes after a summer of mass public shootings that received saturation media coverage, such as in Virginia Beach, where a gunman left 12 dead and five injured, and at a Walmart store in El Paso, Texas, where a gunman killed 22 and injured 24. Since then, Walmart and a host of large retail chains have banned the open carrying of firearms in their stories.

The killings also reignited interest in gun control in Congress, state legislatures, and among those seeking the Democratic Party’s 2020 presidential nomination. One candidate, former Texas congressman Beto O’Rourke, has promised to confiscate popular AR-15 rifles through a mandatory “gun buyback” program. Another, Sen. Kamala Harris of California, has promised to enact gun control measures by executive fiat if she becomes president.

Eisen, who is also a firearms instructor, introduced House Bills 4975 and 4976 on Sept. 17. Both measures have been referred to that chamber’s Judiciary Committee.

In a gun-free zone, “I have to presume that no one will have a gun inside and I will be safe,” Eisen said, according to Michigan Capitol Confidential.

“They are telling me, ‘Don’t worry, Mr. Eisen, this is a gun-free zone. You’ll be perfectly safe in here.’ We know that is not the case.”

It’s easy for government agencies and businesses to avoid liability under the proposed laws, Eisen said. “If they don’t want to be liable, then don’t put the [gun-free zone] sign in the window,” or provide adequate security on the premises, he said.

Lott, the founder and president of the Crime Prevention Research Center, a think tank headquartered in Alexandria, Virginia, said Eisen is on the right track.

“I think it’s a useful idea,” he told The Epoch Times.

If private-property owners want to ban firearms on their premises “they should bear the costs of their decision,” said Lott, author of the book, “More Guns, Less Crime.”

The idea could catch on nationwide eventually, he said, adding, “I think these things are a gradual process.”

Since 1950, 94 percent of mass public shootings in the United States have taken place in gun-free zones, according to the Crime Prevention Research Center.