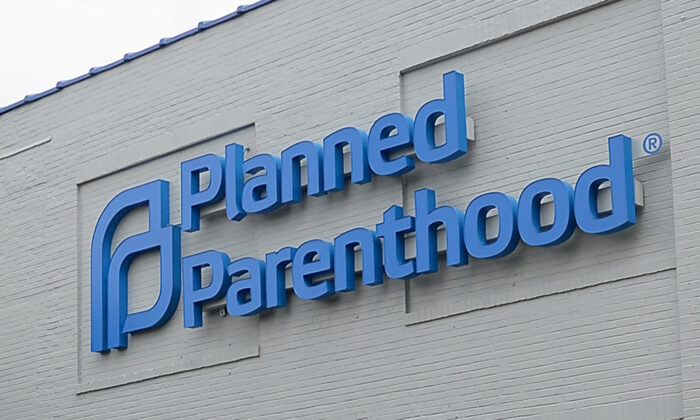 A Planned Parenthood clinic is seen in this file photo. (Michael B. Thomas/Getty Images)
Michigan

A county judge in Michigan issued an extended order on Aug. 3 stopping the enforcement of a 1931 abortion ban just days after the state Court of Appeals upheld the law.

Gov. Gretchen Whitmer filed a restraining order on Aug. 1 after the Court of Appeals ruled that county prosecutors could go ahead and enforce the state’s abortion ban. Hours later, Oakland County Judge Jacob Cunningham granted the restraining order, prohibiting prosecutors in counties with abortion providers from enforcing the 1931 law.

On Wednesday, Cunningham extended that order until the next hearing on Aug. 17.

Michigan’s decades-old abortion ban makes it a crime to perform abortions unless the life of the mother is in danger.

In May, the Michigan Court of Claims suspended the 1931 abortion ban. Judge Elizabeth Gleicher ruled that the law was likely unconstitutional. She also signed an injunction, which kept abortion legal in the state even after the U.S. Supreme Court later overturned Roe v. Wade in June.

On Monday, the Michigan Court of Appeals overturned the May ruling.

At the court on Wednesday, Whitmer’s lawyers argued that revoking the restraining order issued the previous Monday would cause chaos in the state.

Cunningham declined to allow attorney John Bursch to argue on behalf of the Michigan Catholic Conference and Right to Life of Michigan, stating that the pro-life groups were not formal parties in the case.

David Kallman, an attorney for two Republican county prosecutors in the state, criticized the decision to extend the restraining order.

“Since when does a governor have the right to go after a law he or she doesn’t like?” Kallman said. “Just come to court and just say, ‘Hey, I might be harmed by this so I want this law overturned or I want it changed.’ That’s ridiculous.”

The 1931 law bans abortions in nearly all circumstances, including pregnancy resulting from rape or incest. Under the law, unless a pregnant woman’s life is in danger, performing an abortion is a felony, and if the woman dies during the procedure, the doctor performing the abortion would be charged with manslaughter.

In the decision overturning Gleicher’s May ruling, the Michigan Court of Appeals had said that her injunction only applied to the state attorney general’s office and not to county prosecutors, who handle most of the crimes.

Speaking to FOX2 Detroit, Denis Harle from Alliance Defending Freedom said that it was the “duty of the state” to uphold laws that protect the health, safety, and welfare of people.

“So it’s really sad to see the governor and the attorney general of Michigan refusing to enforce the laws they have sworn to uphold,” Harle said.

Planned Parenthood of Michigan has stated that it will continue offering abortions.