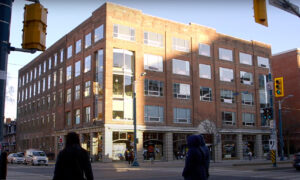 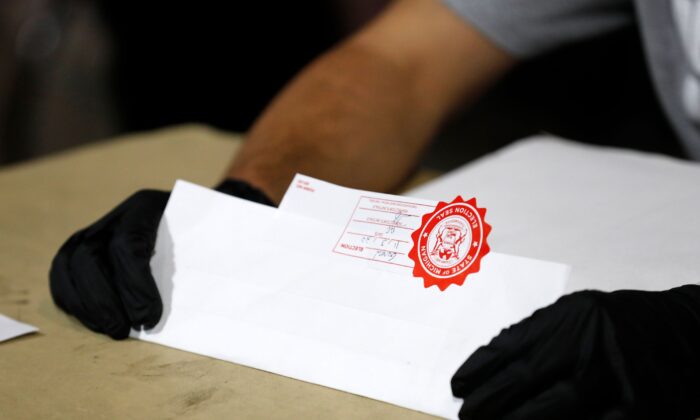 Election workers check the tapes from the voting machines to verify they contain the correct signatures from polling stations after polls closed in the general election at Ford Field in Detroit, Mich., on Nov. 3, 2020. (Jeff Kowalsky/AFP via Getty Images)
Michigan

A judge in Michigan ruled Monday that the state can release the names of an election investigation team that performed a forensic audit on voting machines and software last year.

DePerno entered a motion last month asking Elsenheimer to keep the names secret, saying they fear for their safety.

“Plaintiff and the forensic team fear that disclosing the names and personal information (such as resume, curriculum vitae, address, and employer) will be detrimental to the forensic investigators,” DePerno wrote in the motion.

But during the hearing, Assistant Attorney General Erik Grill said DePerno “deliberately requested to make that report a matter of national interest.

“Now he wants to protect the identity of the people responsible for making that report. I don’t understand the argument and I don’t think there’s any legal basis for it,” Grill said. “Who these people are and their professional credentials is super important to making an evaluation of the credibility of the report.”

Elsenheimer sided with the defense, saying, “As for the release of the witnesses by name and their identifying business associations, the court believes that is, frankly, part of the process.”

While the names will be released, the judge said personal information including phone numbers will not.

A team hired by DePerno performed a forensic audit in Antrim County in December 2020. They said they found Dominion Voting Systems’ voting system “is intentionally and purposefully designed with inherent errors to create systemic fraud and influence election results” and that the results in the county should not have been certified. The only identity of a team member released so far is that of Russell Ramsland Jr., co-founder of Allied Security Operations Group.

Dominion and state officials have challenged the report, alleging it twisted some aspects of the voting system and included falsehoods about others.

“The claims made in the report are technologically impossible. Dominion machines did not—and could not have—’switched’ or enabled the ‘switching’ of any votes. A hand count of the paper ballots as well as a review by any independent, federally accredited Voting System Test Laboratory (VSTL) will confirm this fact,” Dominion, whose products are used by 28 states, said in a statement.

Michigan Attorney General Dana Nessel, a Democrat, said Monday that the state is drafting an order relating to the disclosure of names “and we fully expect plaintiff and his counsel to be forthcoming with those names.”