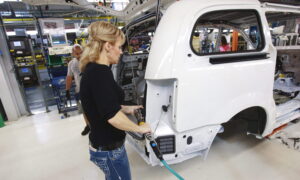 Once US’s ‘Economic Laggard,’ Michigan’s Economy Is Succeeding Where Ontario’s Has Failed; Here’s Why
0 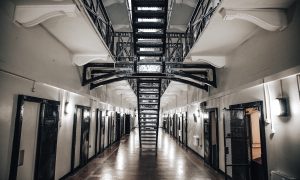 Michigan Gov. Gretchen Whitmer said the state will close down all bars and restaurants to curb the spread of the Wuhan coronavirus, taking effect at 3 p.m. on Monday.

“It will be shorter if everyone does their part,” she said of how long they will be shut down, according to local reports. “And that means the curtailing of community spread through best hygenic practices and social distancing and washing your hands.”

Her directive comes after similar measures were implemented on Sunday by the governors Ohio and Illinois, respectively, to close bars and eating establishments. Other states are expected to follow suit in the coming days.

Lt. Gov. Garlin Gilchrist II also confirmed the new measure, saying that “we are temporarily shutting down bars, restaurants, and other establishments to prevent the spread of COVID-19,” the name of the disease caused by the virus.

Whitmer previously ordered the closure of all schools to prevent the spread of COVID-19 and canceled all events or gatherings of over 250 people.

“That is something that I think shows that no generation is immune from this,” she said, according to a local Fox affiliate. “And that’s why it’s important to close the schools and take the additional action to try and mitigate the spread and keep the community safe.”

So far, more than 50 COVID-19 cases have been confirmed across Michigan.

There are more than 16,000 eating and drinking businesses in the state, which employ more than 450,000 people and make around $17 billion in sales, said Emily Daunt, a spokeswoman for the Michigan Restaurant & Lodging Association, according to the Detroit Free Press.