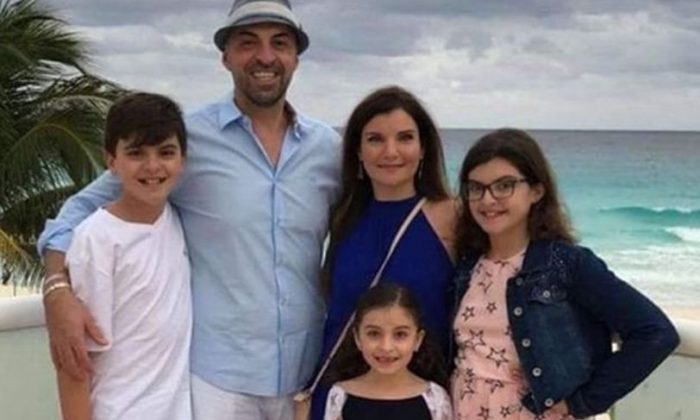 Condolences poured in after a Michigan family of five, including a well-known doctor, were killed in a fiery crash caused by a wrong-way driver on Interstate 75 in Kentucky.

Issam Abbas, 42; his wife, Dr. Rima Abbas, 38; Ali Abbas, 14; Isabella Abbas, 13; and Giselle Abbas, 7; were identified by the Fayette County Coroner. They were returning to Michigan from a trip to Florida when the crash occurred, reported the Detroit Free Press.

The pickup truck driver, who was traveling the wrong way, was identified as Lee Bailey, 41, of Georgetown, Kentucky.

Bailey was also killed in the crash.

Officials suspect he was driving under the influence of drugs or alcohol, but the coroner said toxicology results are still pending in the case.

Witness Kenneth DeGraaf said the pickup truck was coming toward him before to the crash.

Devastated by the tragic loss of the Abbas family. My thoughts and prayers are with their family and our community as we mourn. They gave so much to our community and were good friends of John and I.

Rana Abbas Taylor, the director of communications for ACCESS and who is the sister of Dr. Rima Abbas, told the Detroit Free Press: “We remain in shock and we are beyond devastated.”

Michigan Rep. Debbie Dingell wrote on Twitter: “Devastated by the tragic loss of the Abbas family. My thoughts and prayers are with their family and our community as we mourn. They gave so much to our community and were good friends of John and I.”

The City of Dearborn, Michigan, also asked people to keep “them, their families, and friends in your thoughts and prayers.”

Also, the Consulate General of Lebanon wrote that it is offering its “sincere condolences to the Abbas family and the entire Lebanese Community for the tragic loss of Attorney Issam and Dr. Rima Abbas and their three kids in a terrible car accident with a drunk driver on I-75 on their way back home from Kentucky. May their souls rest in heavenly peace…”

Habib Abbas of Dearborn, a cousin of the father, said when he heard the news, he thought it was a rumor.

“I thought it was a rumor or something and then saw it again and called her sister. She and the family are even more in denial,” Abbas said, CBS reported.

“You don’t expect a whole family to get wiped out,” he added. “You think to yourself ‘What’s the worst case scenario?’ and that’s it.”

“(Dr. Abbas) was a caring mother and a dedicated family practice physician. Our hearts go out to all of her family, friends, and patients during this difficult time,” he told the paper.

It was the second crash in under a week along Interstate 75 after a truck crashed into a van near Gainesville, Florida, killing seven people. Five children died in the wreck.