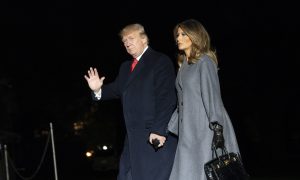 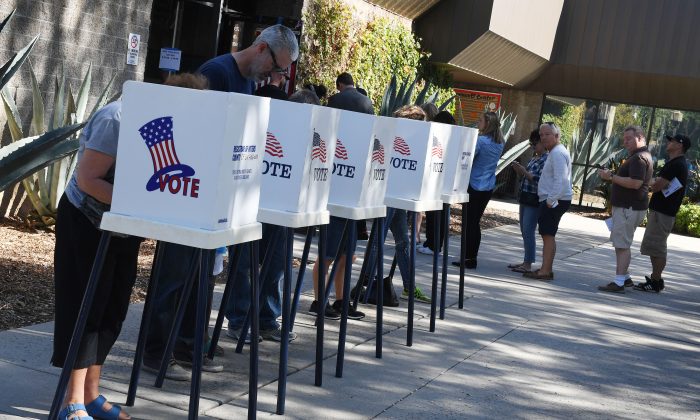 A Michigan official has been charged with six election fraud felonies for allegedly altering absentee ballots and forging records during the November 2018 midterm elections.

Democratic city clerk for Southfield, Oakland County, Sherikia Hawkins, was arrested Sept. 23 after state police found 193 absentee voter records from the city had been altered and improperly listed as invalid.

The nearly 200 absentee ballots had been altered to show that voters didn’t include a valid or return date or signature, although they did initially include both details, the Oakland County Clerk’s Office found.

“It appeared from the report that the ballot return dates for voters were added or removed from the report in order to force the reports to balance to the number of ballots tabulated for each precinct on Election Night,” a Michigan State Police affidavit said.

The 38-year-old’s charges included forging public records, falsifying returns or records, several counts of using a computer to commit a crime and misconduct in office. She was released on $15,000 bond, reported the National Review.

Michigan Secretary of State Jocelyn Benson said in a statement that the alleged changes did not have an effect on Southfield’s election results.

“I want to be clear, the allegations that the Southfield clerk falsified official election records did not alter the outcome of any election,” Benson said. “There were no races that were won or lost as a result, and there were no voters who are disenfranchised. All valid votes in the election were ultimately counted and the final official vote total was accurate.”

If Hawkins is found guilty, she faces up to 14 years behind bars and fines of up to $30,000, according to Detroit Free Press.

“Our elections are the foundation of our democracy, and under my and Attorney General [Dana] Nessel’s administration there will be no tolerance for any actions that undermine that foundation—anywhere, anytime, by any person or official,” Benson added.

Her arrest comes after she was awarded the Dingell/ Levin award at the Michigan Democratic party’s annual Legacy Dinner in Detroit in May this year.

Hawkins is currently on paid administrative leave and is scheduled for a preliminary examination on Oct. 15.

In a separate case last November, the Florida Department of Law Enforcement and the Office of Statewide Prosecution opened up a criminal investigation into allegations that the Florida Democrat Party carried out election fraud during the 2018 midterm elections.

Evidence sent to the Department of State showed a possible effort by Democrats to have voters fix ballots after the deadline in at least four counties, WFLA reported.

Forms for mail ballots sent to voters by Democrats show the return date was changed from the day before the election to two days after the election.

“They put the date down for the provisional ballot cure, not the absentee ballot cure thing and actually by doing it, all they did was make it harder for their own voters to vote,” he said.

“We now have an active criminal investigation into this matter. I cannot provide any additional information at this time,” Gretl Plessinger, a spokeswoman with the state law enforcement agency, told CBS8.