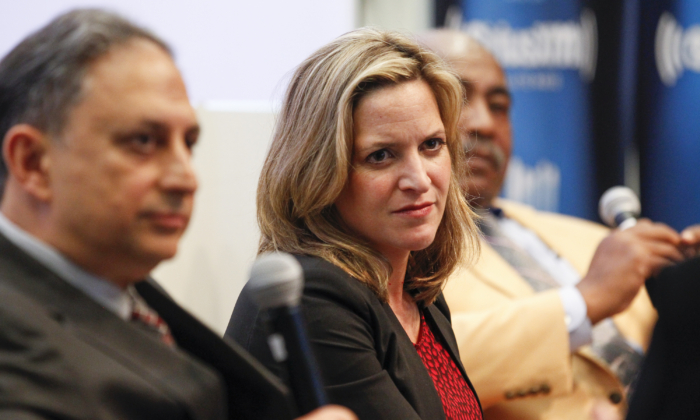 Secretary of State Jocelyn Benson, a Democrat, wants Michigan communities to continue to accept millions of private dollars to help pay for elections.

In 2020, the Zuckerberg-funded Center for Technology and Civic Life (CTCL) gave out $350 million in grants to help local election officials across America cope with complications from the CCP (Chinese Communist Party) virus. Some of that money was used to buy drop-boxes for absentee ballots.

According to Capital Research, a conservative think-tank that studies non-profit organizations, Michigan received nearly $7.5 million in CTCL grants. Of that money, Detroit received $3.5 million, and the other predominantly Democrat cities of Flint, Lansing, Pontiac, Saginaw, and Ann Arbor received a combined $1.7 million.

In September, four Michigan voters filed a lawsuit in the Michigan Court of Claims alleging that Benson failed to prevent local election officials from accepting private funds to boost voter turnout in Detroit and other Democrat strongholds in the 2020 General Election.

The plaintiffs also allege that Benson permitted the illegal acquisition, and encouraged the use, of ballot containers (drop-boxes) that were unapproved, unsecure, and unmonitored, and that Benson violated the civil rights of Michigan citizens when she “enabled and encouraged a scheme favoring one group of voters over another.”

The office of Michigan Attorney General Dana Nessel, a Democrat, representing Benson replied to the complaint on Dec. 17, contending that the plaintiffs’ claims were “not supported by an actual controversy” and “there is no cognizable claim for which relief may be granted.”

Benson’s attorneys argued that the complaint should be dismissed because the plaintiffs lack standing to bring suit and have failed to state a claim.

None of the parties to the litigation would comment on the pending case.

The CTCL’s final report on its 2020 COVID-19 response grant program said the tax-exempt organization grew rapidly “when a global pandemic and disinformation campaign threatened people’s ability to participate in the democratic process.”

Referring to the number of grants and not the actual amount of money distributed, the report said that over half the grants went to election departments serving fewer than 25,000 registered voters.

The report stated, “Partisan considerations played no role in the availability or awarding of funding…although many larger urban areas…required capital-intense investments.”

The report added, “As part of a disinformation campaign to undermine voter confidence, more than a dozen frivolous lawsuits have been filed to smear (the grant program),” noting that all the suits have thus far been rejected.