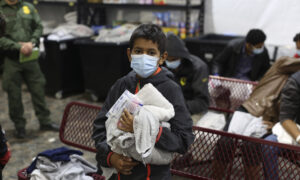 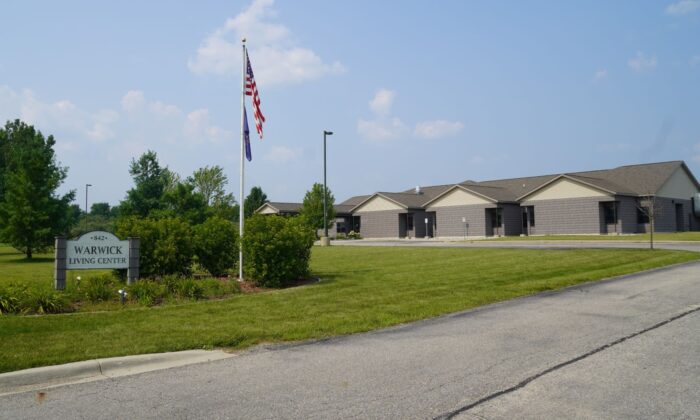 ALMA, Mich.—The city commission of Alma, Michigan, voted on Sept. 14 to approve a conditional rezoning request by Masonic Pathways to allow a former nursing home to be converted into a shelter for unaccompanied illegal alien teenage boys.

The 4-2 vote to approve the facility overrode an Aug. 4 recommendation by the city’s planning commission to reject the proposal.

The city commissioners’ actions might end up costing them their jobs.

Alma resident Chuck Murphy, who also is the chairman of the Gratiot County Republican Party, told The Epoch Times that recall petitions against commissioners who backed the resettlement center were filed with the Gratiot County clerk’s office early on Sept. 15.

Alma Mayor Greg Mapes also will be subject to the recall, even though he recused himself from voting, because of the “appearance of a conflict of interest” due to his decades-long affiliation with the Masonic Order.

Mapes is a strong supporter of the resettlement project.

Murphy also told The Epoch Times that residents living near the proposed migrant youth facility have retained a law firm to mount a legal challenge to the city commission’s approval.

The green light from the city commission clears the way for the property’s owner, Masonic Pathways, a philanthropic, fraternal, nonprofit organization, to lease the six-acre former nursing home complex to Bethany Christian Services.

Bethany Christian Services (BCS) will be paid by the federal government to operate a resettlement center on the property for up to 36 unaccompanied alien boys between the ages of 12 and 17.

According to BCS spokesperson Nate Bult, the average stay of a resident is expected to be between 30 and 45 days.

Bethany will pay Masonic Pathways $385,000 annually to lease the facility for the next three years.

John Clore of Us Against the Media, a Lansing-based group opposed to the rezoning, told the Epoch Times, “It was all orchestrated. A lot of people in the community and even some on the city commission have been involved with Masonic Pathways. Money talks. When it comes to money, the opinion of the people doesn’t matter.”

“We’re grateful that the Alma City Commission approved our request for rezoning … We believe that Alma is a compassionate and welcoming community, and we look forward to providing life-saving services for vulnerable children and youth here in Alma,” BCS spokesperson Kristi Stevens said in a statement provided to The Epoch Times.

Robi Rodrigues of Citizens Against told The Epoch Times: “The action of four city commissioners voting in favor of the resettlement center is not fair to the people who elected them. Those officials do not think they have any accountability.

“And what lack of respect for the planning commission! I believe that’s why Planning Commission Chairman Don Ayers resigned Tuesday night,” said Rodrigues.

City Hall confirmed to The Epoch Times that Ayers did submit a letter of resignation on Sept. 14, but declined to release a copy of the document.

Ayers didn’t immediately respond to a request for comment.

Alma resident and business owner Dawn Daniels supports the location of the resettlement shelter in her town.

“It is simply a rezoning issue,” she told the Epoch Times. “We are not here to adjudicate the immigration policies of the United States government.

“I see it as an opportunity to help in the asylum process for young people,” Daniels added. “That is something Alma should be proud to do.”

According to the Administration for Children and Families, as of July 19, there were 14,319 unaccompanied alien children in the care of the U. S. Department of Health and Human Services’ Office of Refugee Resettlement.

The children are being temporarily housed in 200 state-licensed facilities similar to the one proposed for Alma. The shelters are spread over 22 states.

Seventy-two percent of the clients were over 14 years of age, and 68 percent were males.

According to USDHHS data, from 2003 to the end of fiscal year 2019, more than 400,000 unaccompanied alien minors were placed in the agency’s custody by Border Patrol.

Steven Kovac
Reporter
Follow
Steven Kovac is an Epoch Times reporter who covers the state of Michigan. He is a former small businessman, local elected official, and conservative political activist. He is an ordained minister of the Gospel. Steven and his wife of 32 years have two grown daughters. He can be reached at steven.kovac@epochtimes.us
TOP NEWS