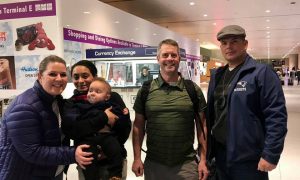 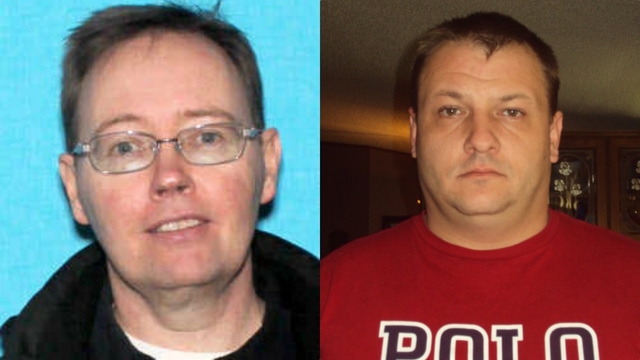 George Cunningham (L) and John Stygler face charges including kidnapping in the abduction of a 5-year-old boy in Michigan, on March 13, 2019. (Chippewa County Sheriff's Office)
Crime and Incidents

Michigan Boy Found After Being Kidnapped by Two Armed Suspects

Police have found a 5-year-old Michigan boy allegedly snatched from his home by two armed men in a violent kidnapping.

The two suspects reportedly abducted the boy from his Chippewa County home on Wednesday, March 13, sparking an amber alert, since canceled.

Authorities confirmed in a statement Thursday the boy was found safe and the suspects in his kidnapping were in custody.

**Update** Child has been safely recovered. Both suspects in custody!!!Truck was located. Suspect still at large…

Police previously identified the suspects in the child’s abduction as George Cunningham and John Stygler, both of whom were believed to be armed and dangerous.

Chippewa County deputies were called to a home for a domestic abuse report involving a stabbing, according to 9&10 News. When they arrived at the residence in Paradise, a small community along Whitefish Bay, deputies discovered that two male suspects had kidnapped 5-year-old Zephaniau George Cunningham.

The two suspects were armed with knives, a chemical spray, and blunt objects, according to WLUC, when they made way into the house.

They encountered a man and four children inside and used a chemical spray and blunt objects to subdue them. They then used zip ties to secure everyone, according to the report, and duct taped the victims’ mouths shut.

Someone managed to break free, however, and stab one of the suspects before they left, according to 9&10 News.

Before the alleged kidnappers made off with the boy, they confronted a woman outside of the residence, according to the report. They bound and gagged the unidentified female before confining her in a car.

The armed duo fled the scene in a camouflage Ford pickup truck toward a residence about 5 miles north of the home.

Multiple law enforcement agencies were engaged in the search for the missing boy, according to the Chippewa County Sheriff’s Office (CCSO).

The 1986 Ford F-250 pickup truck that police said the suspects used in the abduction was found late Wednesday, according to WJRT, but Cunningham and Stygler remained on the run with the boy.

Tracks in the Snow

Deputies picked up the suspects’ trail in the snow and used snowmobiles to follow the footprints across the ice, 9&10 News reported.

“After several hours of searching it was found the suspects took the child to a residence on Whitefish Bay off of Whitefish Pt Rd,” the CCSO said in a statement. “Suspects then fled the residence with the abducted child out onto the ice. Officers followed the tracks, which lead them to the suspects.”

One of the suspects, George Stephen Cunningham, is reportedly Zephaniau’s biological father.

Cunningham is a registered sex offender, according to the news outlet. He was convicted in Delaware in 2015 for “gross sexual imposition of a victim under 13 years,” according to Belize News. He made news in Belize after facing extradition from the Central American country in 2016 when he came to the attention of local police, who did a background check on him and found that there was a warrant for his arrest in the United States.

The Chippewa County Sheriff’s Office was cited by WoodTV as saying that one of the suspects was on parole and had cut his electronic tether. The CCSO did not specify which of the two suspects had done so.

Both suspects face a range of charges, including kidnapping, assault, home invasion, and child endangerment.