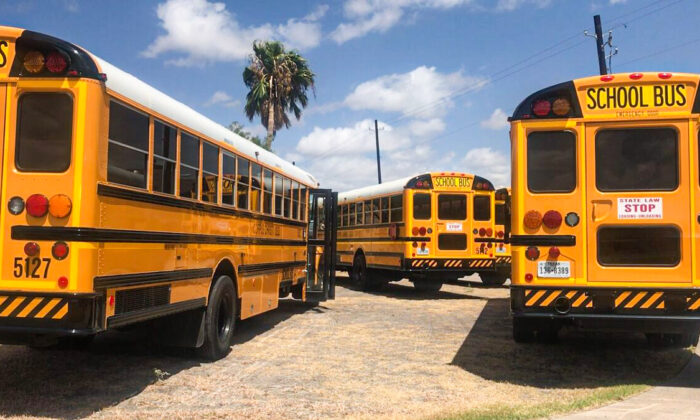 Amid a statewide teacher shortage, Republican lawmakers in Michigan are considering bill that would temporarily allow school staff members such as cafeteria workers, nurses, and bus drivers to substitute teach as long as they have a high school diploma.

Under the current Michigan law, a school district may employ a person who does not have a teaching certificate to serve as a substitute teacher. But that person must have at least 60 semester hours of college credit or an associate degree or have qualifying expertise in a trade or industrial education program.

Michigan’s House Bill 4294 would relax those criteria for those who are already working as school support staff. If passed as is, the bill would provide that through June 30, 2026, a school district could hire anyone as a substitute teacher as long as the person graduated high school or have equivalency certificates and is employed by or works for the district. Substitute teachers who are not staff members would still have to meet existing requirements.

The bill passed the state House in June in a party-line vote and is being considered in the state Senate. It is unclear whether Gov. Gretchen Whitmer, a Democrat, would sign the measure if it cleared both chambers of the Republican-majority state legislature.

Republican state Rep. Brad Paquette, who proposed the bill, said school support staff can fit well in the role of substitute teachers since they know students well and are already helping them in their school life.

“What I think is most important for someone in the classroom is to know the kid’s name, to know the school, to care about the school, and have a reputation in the community,” Paquette, a former public school teacher, testified last week before the state Senate’s education committee. “Staff who are already in the school system have already proven that they care about kids. They want to be around kids, and they have that passion for kids.”

The effort comes as Michigan’s public schools experience a teacher shortage crisis exacerbated by the CCP (Chinese Communist Party) virus pandemic. According to Michigan Education Association, new teachers were already leaving the profession within the first five years in historically high numbers before the pandemic, while colleges of education were reporting enrollment declines of 45 percent. In addition to that, mid-year retirements have increased 40 percent compared to past school years.

Meanwhile, major public school districts continue to push vaccination mandates for employees. Last week, the Detroit Board of Education’s policy committee approved a draft of the mandate, which proposes a Feb. 18 deadline for all employees to be fully vaccinated, with religious and medical exemptions. Those who don’t comply with the requirements could lose their jobs.