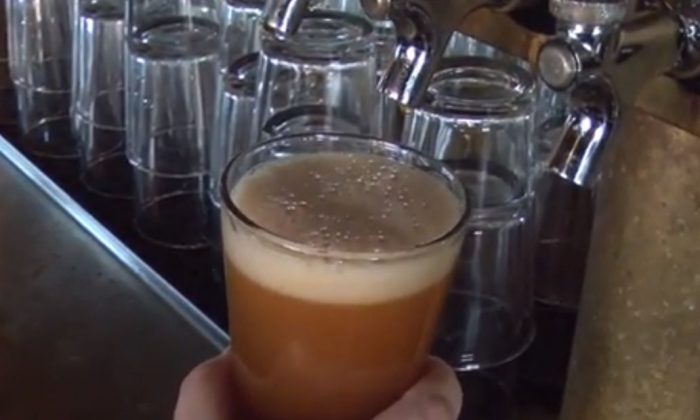 Michigan Beer Bill Would Require Beer Pint to Have 16 Ounces

A Michigan beer bill would make sure that a pint of beer is actually 16 ounces.

Lawmakers in Michigan have submitted legislation that would make amendments to the Liquor Control Act to make sure that a pint of beer is actually 16 ounces, not 12 or 14.

If anyone sells “any glass of beer as a pint in this state unless that glass contains at least 16 ounces of beer,” they will face a penalty, reported The Associated Press.

Rep. Brandon Dillon, a Republican from Grand Rapids who helped sponsor the bill, admitted that the legislation probably isn’t the most pressing state matter.

However, he stressed that “a lot of people, I think, would appreciate knowing what they get when they order a pint.”

“It’s kind of a truth-in-advertising issue,” Dillon told NBC News. “When you sell a product, you have to sell what you’re claiming to be offering.”

Dillon added that the intention of the bill is not to punish dishonest bar and restaurant owners but to force them to sell what they advertise.

Gary Lord, a self-employed plumber in Lansing, told the State Journal he agrees with the premise of the legislation.

“A pint should be a pint, and a U.S. pint to the best of my knowledge has 16 ounces,” Lord said while he was drinking beer on Friday.

CBS Detroit reported that some area bar owners aren’t pleased with the legislation.

“It’s not a huge issue,” Dillon told CBS. “You know, the word’s not going to fall apart if we don’t get this legislation passed.”

Beer Flows From House Faucets Instead of Water