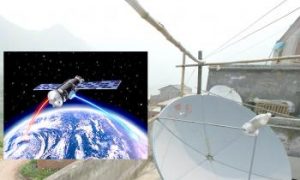 Independent Satellite Stations Could Go Black in China
0
US

The Boeing 737 which was carrying Obama and Dr. Jill Biden, wife of Vice President Joe Biden, was heading toward Andrews Air Force Base outside Washington for landing at 5:06 p.m. EDT, when it came as close as 2.94 miles to the 200-ton C17 military plane traveling ahead of it.

The Federal Aviation Administration had previously announced that the distance between the two planes was at least three miles and that the planes were “never in any danger.”

The FAA had also instructed controllers’ supervisors to monitor future flights with the first lady or Vice President Joe Biden on board. A supervisor was already required to oversee flights carrying President Barack Obama.

The two planes, which were lined up to approach runway 19 by a controller at a regional radar facility in Warrenton, Va., were already too close when Andrews’ controllers took over.

Federal regulations require five miles between planes to avert “wake turbulence” when the plane ahead is much larger than the one behind.