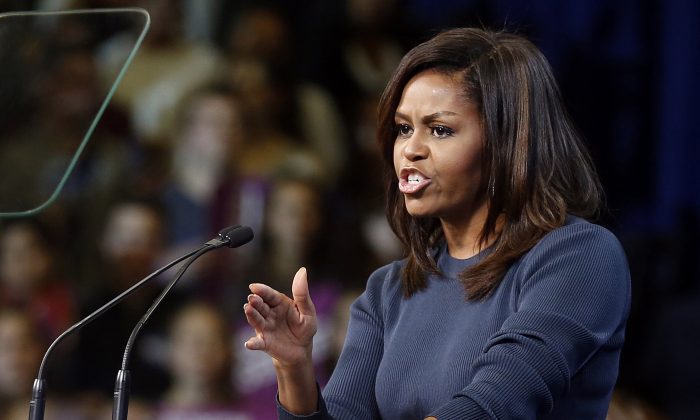 Michelle Obama on Election Night: ‘I Went to Bed’

While many Americans stayed up late on election night to find out who would win the White House, first lady Michelle Obama says she went to bed.

Mrs. Obama tells People magazine , “I don’t like to watch the political discourse; I never have.”

She says she turned in early because, “Once you do what you can do, then the rest is easy. It was in the hands of the American people.”

While Mrs. Obama was a sharp critic of Trump during the campaign, she tells the magazine she’s willing to do her part to ensure a smooth transition. She says, “We are ready to work with the next administration and make sure they are as successful as they can be. Because that’s what’s best for this country.”