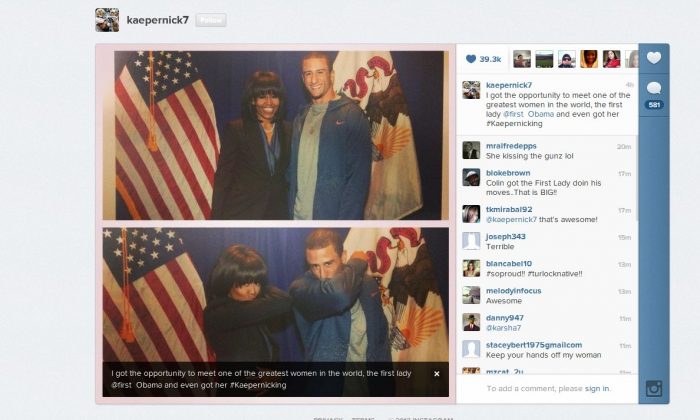 San Francisco 49ers quarterback Colin Kaepernick got First Lady Michelle Obama to “Kaepernick,” meaning he got her to kiss her bicep.

“I got the opportunity to meet one of the greatest women in the world, the first lady @first_Obama and even got her #Kaepernicking,” he wrote on his account.

Kaepernick replaced injured Alex Smith last season and helped take his team to the Super Bowl. During games, the strong-armed quarterback would sometimes kiss his bicep when he made a play.