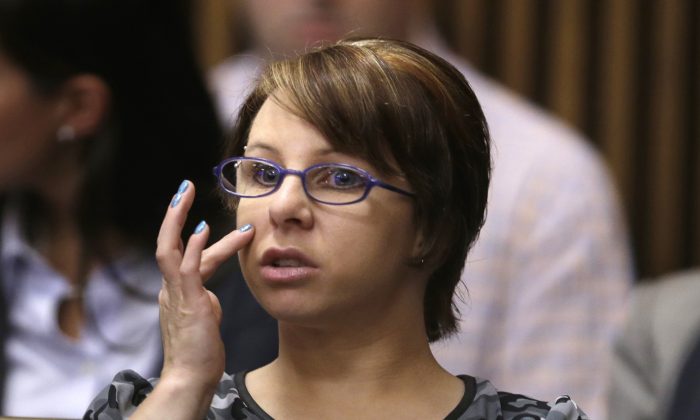 Michelle Knight sits in the courtroom during a break in the sentencing phase for Ariel Castro Thursday, Aug. 1, 2013, in Cleveland. (AP Photo/Tony Dejak)
US

Michelle Knight, one of three women who were kidnapped by Ariel Castro and held in his Cleveland home for around a decade, has given an interview to Dr. Phil.

The interview will air in early November, reported The Plain Dealer.

Knight was 21 when she disappeared in August 2002.

The three escaped after neighbors heard a girl banging on the back door of the house and let her out.

The show’s producers described the interview:

“As the first victim to break her silence, she makes never-before-heard revelations about what went on in Castro’s Cleveland house of horrors. Knight recalls the day-to-day details of her decade in captivity in a manner that can be described as passionate, moving and poignant. She is the self-proclaimed, most hated victim in the house, and according to Knight, suffered the most abuse at the hands of Castro.”

Castro has since killed himself in jail.