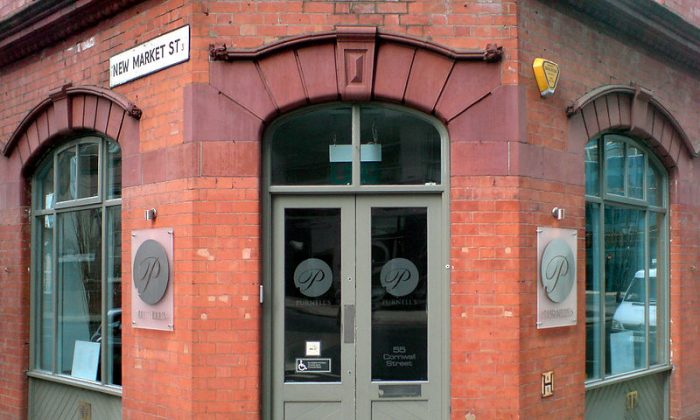 A Michelin-starred chef, Glynn Purnell, got a 1-star review on Tripadvisor, so he decided to respond.

The customer apparently traveled from Limerick to visit his restaurant in Birmingham, in the U.K., before leaving the scathing review, according to the Metro.

She said the cost of the meal (£68 per person) was “immoral” and described the portions as “sinful” because they were so small.

“Maybe the chef should watch Masterchef The Professionals for a few lessons to see how food should be served and give some decent portions of wonderful food not just the content of a decent starter over 6 courses. a starter for £68.00,” she wrote.

However, Purnell responded to her complaint, saying, “When feedback is false and littered with lies it is not welcomed and as an independent restaurant we will fiercely dispute any attempts to blacken our name.”

NYC Bar Gets 1-Star Review on Yelp, And Owner Tears It Down in Viral Response
Related Coverage

What is ‘Meat Glue’?

Message to the author – Thank you very much for ensuing your threat of going to social media following our telephone and email conversations.

Having spoken to this “reviewer” over the telephone on Tuesday night, we were shocked to hear that her and her party had a bad experience. We were not made aware of any issues during their dining experience.
We would like to address a few things about this report;

• We DID NOT charge extra for the monkfish as she has claimed. We have a copy of the receipt and there is no record of this.

• We were not informed prior to their visit that a member of the party was pregnant, so as a restaurant on a busy Saturday night we had to adjust and create a new menu for a guest that could have affected our service for the whole evening.

• Had this guest stated she was not happy with the daube of beef we would have done something else or offered an alternative. It clearly seems this reviewer does not like the fact we want to rectify an issue she has brought up but is not willing to accept anything from us.

• If all 4 diners were embarrassed and it was in fact the worst food, I am embarrassed for them not having enough courage to express themselves on the evening. These are 4 adults all upset by their dining experience who ate all 6 courses without once alerting us to the fact that they were not enjoying it.

• Having dined in several Michelin star restaurants I am amazed this was her first review! I worry for all the other establishments she is going to! She is clearly self-conscious and defensive and happy to slander an establishment.

• The 12.5% service charge that was and is added to the bills is discretionary and can always be removed. And why should you feel embarrassed to ask for it to be removed? If I am asked to pay for something that I feel I have not received I would refuse! The service charge was £41.30 (and has now been refunded).

• The gentleman that paid the bill quietly organised it at the bar away from the table. This was a perfect opportunity for the service charge to be questioned, for him to let us know how very terrible the evening had been. There were no guests within earshot so there would have been no reason for any embarrassment. However, when asked how the meal was he responded positively. The gift voucher was not presented at the time of the payment, yet we kindly obliged to take it off the bill and collect the voucher at a later stage. This was arranged with the gentleman and was handled very discreetly as requested. There was no fuss what so ever.

We wrote an email to acknowledge the feedback following the telephone call. We offered the party a complimentary meal and a full refund of the service charge. This was declined and the lady stated that she would use this site as a tool for being detrimental to our business and 30 members of staff. Not to mention a dedicated and passionate Chef/patron who has helped develop the culinary dining scene for the people of Birmingham. They are clearly not willing to compromise with us, which shows how social media has changed the way a restaurant has to operate and how guests’ can influence and affect the organisation.

Should any person reading this report or any other establishment find it useful, please do not visit the restaurant.

In regards to Masterchef, Glynn is well celebrated and well received in the public scene. Perhaps this reviewer would have more satisfaction from watching Man versus Food. We want guests to enjoy their experience here at Purnell’s, and if we don’t meet their expectations then we apologise. Food is subjective, we are not right or wrong, but this is our belief and ethos. Everyone has their own right and opinion and we fully understand that we may not be to everybody’s taste. When this is the case, feedback is welcomed and used constructively. When feedback is false and littered with lies it is not welcomed and as an independent restaurant we will fiercely dispute any attempts to blacken our name. This review is not based on fact and we have tried to contact the author to discuss and settle this and strangely she has not taken our calls.

His response, and a few recent responses from restaurant owners on TripAdvisor and Yelp, might make customers think twice about leaving a nasty review.

Here’s the full customer review, which has not been edited:

I have been to many Michlen star restaurants in my life and I have to say that Purnells has been the very worst for food and the cost of the food. £68.00 the 6 course tasting menu for tiny quenells of food on a plate with a sprinkling of leaves is just sinful in this day and age.The St Austelle musselsconsisted of 2!!!! Mussels in a dish with about a tablespoon of Finely shreeded pickled cucumber!!!!!As 2 of the partu were not able to eat shell fish the only alternative was A sliver of Monkfish at an additional cost of £10 per person.It is unbeliveable that if one has an allergy to a certain food that they should be asked to pay extra or do without that sliver of the course.Another member of the party had an allergy to fish The Scottish halibut! I asked for an alternative and was presented with approximately a serving spoon of Beetroots!!I Just unreal!! All of our party are good meat eaters and would have no problems with any normal cuts of meat. I asked the head waiter prior to taking the order about the Slow Cooked Daube of beef. I advised him that I would not like it. He went to great lengths to advise me that it was superb and I would enjoy it, I asked for an alternative like a vegetarain option instead but nothing could be offered as an option. It was indeed a daube!!! of cows Cheek. When I realized what was on my plate I had to excuise myself from the table due to feeling ill. he lemon meringue pie was the tin hat of the meal. 2 little pies were brought to the table and ceremoniales cut in half!!!! served with a quinell of ice cream. !!

We were a party of 4. We had been given a voucher as a christmas gift for 2 and we invited another couple to join us for the evening. our voucher was for £150.00 and our bill was £371.70 which included discresionary ervice charge. As we were in company It was not suitable to challange all this at the time as it would have been an embarazzing situation for our guests. We also flew over from Ireland to go to Purnells. In hind sight we would have been better off to have thrown the voucher away.

Opon our return to Ireland last evening I called Purnells to outline exactly what I have stated in this review. The Manager said he would bring the comments to the attention of his manager and the hef.

In conclusion we feel that is just immoral to charge such prices for food whereby the actual content or amount of food served to a client would cost undet £7.00 at max. We dine out a lot and we have no problem paying for beautiful good food with flavours and we like tasteful food.

We had really been looking forward to visiting Purnells but what a LET DOWN .

Maybe the chef should watch Masterchef The Professionals for a few lessons to see how food should be served and give some decent portions of wonderful food not just the content of a decent starter over 6 courses. a starter for £68.00