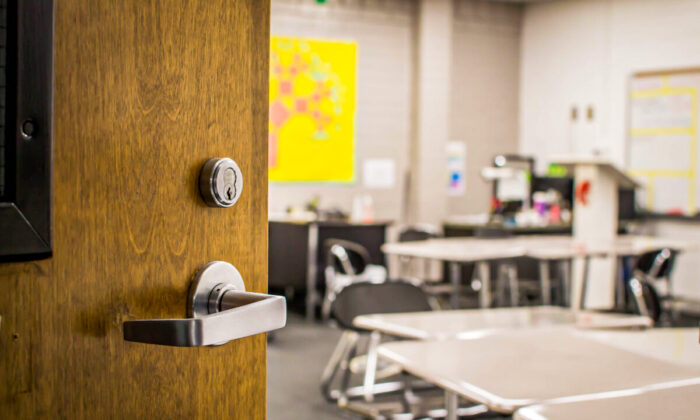 When people with different views lose the ability to respectfully interact with each other, communities tend to fracture. Things will get exponentially worse if we allow our public education system to dissolve into competing echo chambers. (Jazmine Thomas/Shutterstock)
Viewpoints

Michael Zwaagstra: Our Public Education System Is About to Fracture

That’s because a significant number of trustee candidates are running on a so-called “anti-woke” platform. Fed up with schools imposing critical race theory and gender ideology on students, these candidates want to get these ideological perspectives out of the education system.

Predictably, the anti-woke candidates are getting considerable pushback from advocates on the other side of the ideological spectrum.

The clash has created a toxic environment where both sides accuse the other of operating in bad faith. Debates that revolve around matters of personal identity such as race and gender frequently generate far more heat than light. It’s tough to have a rational discussion with someone that you think is out to destroy your very identity.

It is imperative that we not allow this to happen. There are two key things we can do to restore confidence in public education.

The first thing that we need to do is give parents more choice in the type of education their kids receive, including the ability to access other education options. In other words, we need to ensure that education funding follows the student.

We must remember that parents are the primary educators of their children. This means that they have the right to select the education programming that best aligns with their values. As long as basic curriculum requirements are met, it really should not matter whether children receive their education in a public school, independent school, charter school, or even in a homeschool.

Unfortunately, only five Canadian provinces provide partial funding to independent schools. This means that parents in the other five provinces (such as Ontario), receive no support from their provincial governments and must pay the entire tuition cost themselves while also paying taxes to support the schools their children do not attend.

To make matters worse, only Alberta allows charter schools. As a result, many parents with limited incomes are forced to keep their children in the public system even though they would prefer other options. This is not a healthy situation.

It makes little sense to impose a one-size-fits-all approach on a diverse population. Providing parents with more choices is an excellent way to relieve pressure on the public education system. Forcing students to remain in public schools when they don’t want to be there is not a viable strategy.

The second thing we must do is implement a stronger focus on the academic basics within the public education system. Virtually everyone agrees that students need to learn how to read well, understand science, and solve basic math problems, so let’s ensure that these core subjects are taught properly in all our schools.

For example, the evidence is overwhelming that when it comes to learning how to read, there are two key things that schools must do—teach phonics so students can sound out the words and provide them with a broad knowledge base so they can comprehend what they are reading.

If students don’t learn how to read in school, not much else that happens there is going to matter.

Similarly, there is plenty of evidence that students should memorize basic math facts (such as the times tables) and learn how to use standard algorithms. If public schools spent more time on these academic basics, there would be less time to get distracted by debates about critical race theory and gender ideology.

Our public education system is at serious risk of fracturing. We must take immediate steps to prevent this from happening. Providing more choice to parents and focusing on the academic basics would go a long way to strengthen confidence in public education.