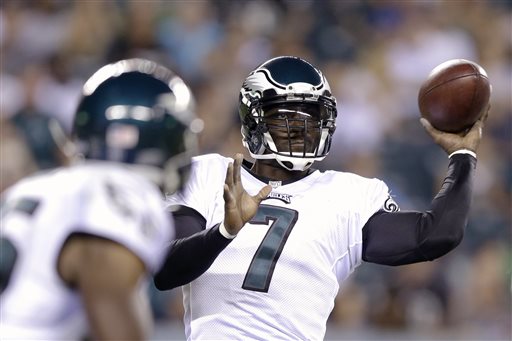 Michael Vick, the Philadelphia Eagles quarterback, was hurt on Sunday.

Vick appeared to suffer the injury against the New York Giants in the second quarter.

Backup quarterback Nick Foles was put in the game to replace Vick.

It is unclear if he will return to the game.

Before he left Vick passed six for 14 with 109 yards and no touchdowns or interceptions. He rushed for 79 yards on seven carries.