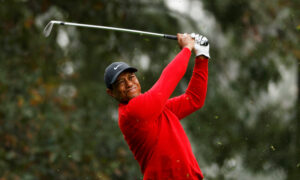 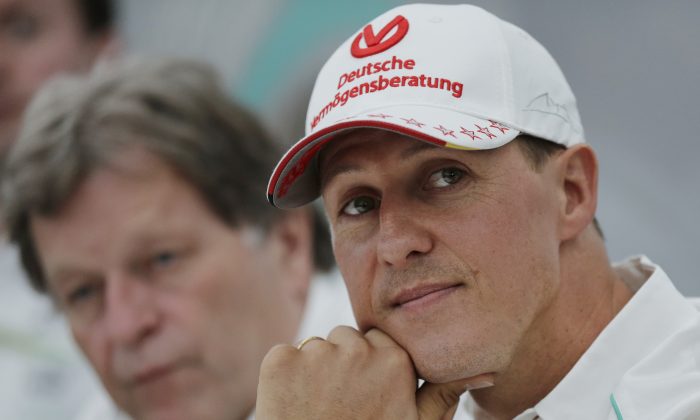 Former Mercedes F1 driver Michael Schumacher of Germany pauses during a news conference to announce his retirement from Formula One at the end of 2012 in Suzuka, Japan, Oct. 4, 2012. (AP Photo/Shizuo Kambayashi, File)
Sports

The family of seven-time Formula 1 champion Michael Schumacher said they’re confident that he’ll progress and recover from his skiing accident that left him in a coma for nearly six months.

“Still we receive wishes for Michael to get well soon every day, and still we are stunned by the sheer amount of sympathies. We can only always thank you for facing this fight together with him and us,” a message released by his family reads, via AAP.

“We remain confident and hope the best for Michael. Your strength is helping us to keep supporting him,” it continued.

Schumacher suffered a serious head injury in December 2013 when he was skiing in the French Alps. He fell and hit his head before he was taken to a nearby hospital.

Over the summer, he was taken out of the coma, but his progress in recovering has remained sluggish. He also underwent two operations before he was placed in the coma.

In October, a doctor treating the German driver said that progress was being made.

He’s now recovering at his home in Switzerland.

Sabine Kehm, his manager, told the Express: “To mark the 20th anniversary of his first world champion title we will reactivate Michael’s homepage.”

“We hope to thus give the many fans from all over the world, whose sympathy is still unbroken after his accident, a home,” she added. “There is also a fan-area where fans can send their Twitter messages to.”

Kehm continued in saying he’s in “the long process of recovery.”

But according to a friend of the Schumacher family, who chose to remain anonymous, there is skepticism about him making a full rehabilitation.

The friend said, “The question remains, however, about how much improvement can be expected in the coming months and years. Will he speak again? Will he walk again? Will he be able to feed and dress himself?

“The doctors don’t know. No one can know,” the person added. “The probability is that he will never be the man he was before the accident.”