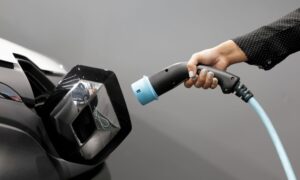 People close to Michael Schumacher, the seven-time Formula 1 racing champion who was in a coma for nearly six months, have reached out to two doctors who have developed a microchip implanting technique, according to a report.

According to Fox Sports, Croatian media have reported that they’ve attempted to contact doctors Darko Chudy and Vedran Deletis, who have come up with a microchip designed to help patients walk again after spending time in a coma.

“We’ve had a case with Croat schoolboy and he started to walk after two months,” Doctor Darko Chudy was quoted as saying.

Schumacher is now communicating via fluttering his eyelids, indicating signs of recovery, and could be home by August, according to a report.

Schumacher emerged from a coma last month and was transported from a French hospital to a Swiss clinic. The 45-year-old hit his head while skiing in the French Alps last December.

It is believed that Schumacher is paralyzed but is able to answer questions by fluttering his eyelids.

Doctors are also hopeful that he’ll be able to sit in an advanced wheelchair that he can operate by using his mouth.

A few days ago, Schumacher’s wife, Corinna, put up his private jet for sale for 25 million euros.

The Daily Mail reported that the jet is capable of flying at 570 mph and can carry eight people.

“The reasons for the sale are obvious: during his active time as a Formula One driver, Schumi jetted between 300 and 400 hours annually with the aircraft around the world,” the Bild publication says. “Even in his break of three years (2007-2009), he used the Jet for many family vacations with Corinna and the children Mick, 15, and Gina Maria, 17.”