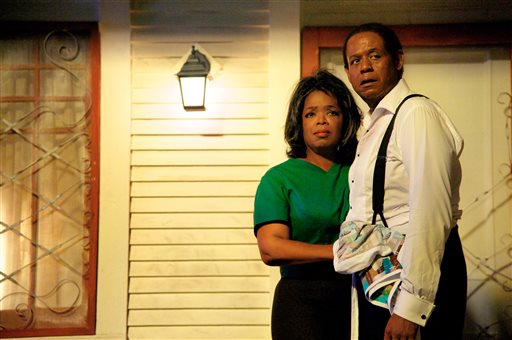 Ronald Reagan’s son Michael isn’t pleased with the recently released “The Butler,” which portrays a White House butler that served a series of presidents, including Reagan.

Michael Reagan penned an op-ed in which he says that Hollywood has “taken a great story about a real person and real events and twisted it into a bunch of lies.”

“The Butler” is based on the true story of long-serving White House butler Eugene Allen. Forest Whitaker depicts Allen.

Michael Reagan says that the story told in the film is far from the actual story of Allen.

“After comparing Hollywood’s absurd version of Eugene Allen’s life story with the truth, you wonder why the producers didn’t just call it ‘The Butler from Another Planet,'” writes Reagan in Newsmax.

Reagan says that he personally knew Allen, and his father, and is upset about the portrayal of Ronald Reagan as a racist simply because he supported lifting economic sanctions off of South Africa, calling it “simplistic and dishonest.”

“If you knew my father, you’d know he was the last person on Earth you would call a racist,” said Reagan, adding his father would often invite black players over for dinner while playing football at Eureka College and that he appointed more blacks to positions of power while governor of California than all of his predecessors combined.

“It’s appalling to me that someone is trying to imply my father was a racist. He and Nancy and the rest of the Reagan family treated Mr. Allen with the utmost respect,” says Reagan. “It was Nancy Reagan who invited the butler to dinner — not to work but as guest. And it was my father who promoted Mr. Allen to maître d’hôtel. The real story of the White House butler doesn’t imply racism at all. It’s simply Hollywood liberals wanting to believe something about my father that was never there.”