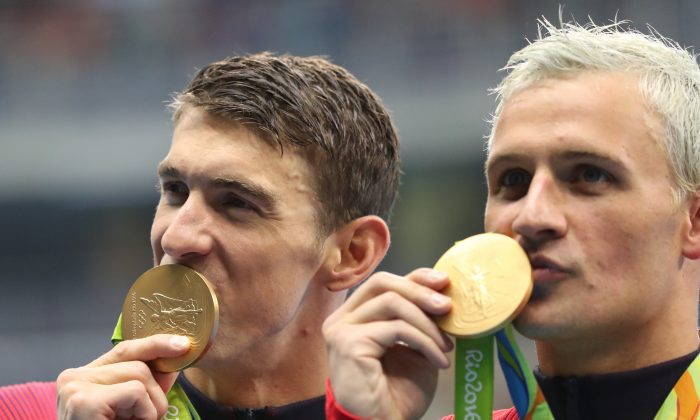 LOS ANGELES—Michael Phelps isn’t sure what kind of moves Ryan Lochte has planned for “Dancing with the Stars.”

Lochte is competing against such celebs as rapper Vanilla Ice and “The Brady Bunch” actress Maureen McCormick in the ABC dancing competition’s latest season.

Phelps said he isn’t planning a trip to the ballroom to root for his teammate, the beleaguered swimmer who is facing charges from Brazilian police that he filed a false robbery report during the recent Olympics in Rio de Janeiro.

“I have a very busy schedule,” Phelps said. “I’m getting married at the end of the year and have some work here and there. I don’t know if I’ll be able to make it.”

Phelps, a longtime fan of the interactive shooter series “Call of Duty,” was on hand at the event to check out the latest edition, “Call of Duty: Infinite Warfare.” He’s hopeful now that he’s retired from competing that he’ll be able to log more hours in the game, although finance Nicole Johnson and newborn baby Boomer may deter him from death matches.

“We have a little guy,” Phelps said. “We have a lot of traveling and everything going on. I look forward to traveling with an Xbox more often now and getting in as many games as I can.”

Phelps said he typically played hundreds of “Call of Duty” matches when preparing for swimming competitions.