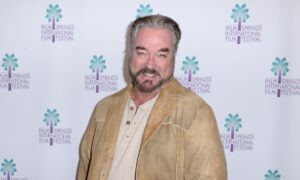 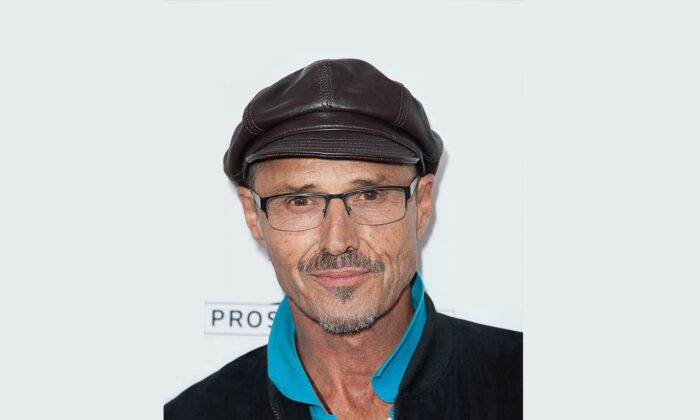 Michael Nader attends the "All My Children" & "One Life To Live" premiere at Jack H. Skirball Center for the Performing Arts in New York City on April 23, 2013. (Dave Kotinsky/Getty Images)
Entertainment News

Michael Nader, ‘All My Children’ and Dynasty’ Star, Dies From Cancer at Age 76

Michael Nader, who carved a career out of playing the dashing husband of two of TV’s most popular soap opera divas, died Monday of cancer. He was 76.

The actor died surrounded by family at his Northern California home, TVLine reported.

With his chiseled looks and brooding persona, Nader became a star on the primetime soap “Dynasty,” playing the thirds husband of Joan Collin’s Alexis Colby, before moving on to ABC’s long-running daytime drama “All My Children.”

His fictional marriage to Susan Lucci’s Erica Kane on “All My Children” is considered one of the best soap opera couplings of all time.

Born Feb. 19, 1945, in Los Angeles, Nader was the nephew of actor George Nader and got his start in several low-budget “Beach Party” films in the 1960s.

Nader popped up in a few other roles, including a guest spot on “Magnum, P.I.” in 1981, before his big break in 1983 as Dex Dexter on ABC’s “Dynasty,” the smash ABC hit that epitomized the conspicuous consumption and big shoulder pads of the ‘80s. Nader continued to star on the show until it ended in 1989.

But he wasn’t out of the soap game for long, jumping into “All My Children” in 1991 and stealing Erica Kane’s heart.

But Nader battled substance-abuse problems for much of his time on “All My Children,” and those battles were reportedly responsible for his departures from the show in 1999 and again in 2001. However, he harbored few ill feelings and eagerly joined the show’s continuation as a web series in 2013.

“I got a call from executive producer Ginger Smith who said Prospect Park is relaunching ‘All My Children’ online,” Nader said in 2013. “She said, ‘We’d love for you to come back.’ And I said, ‘You want me, you got me.’ Being back is like being home.”

Nader was credited in 42 of the relaunch’s 43 episodes, his last acting gig.

He is survived by wife Jodi Lister, daughter Lindsay, and sister Stephanie.