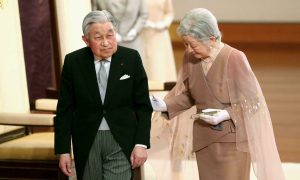 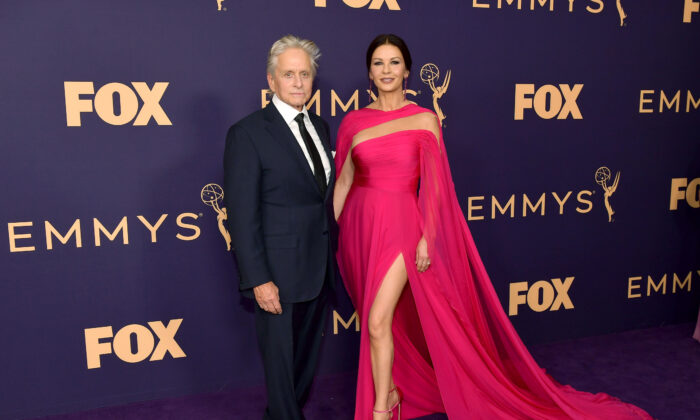 'Twenty-five years apart, the same day, but who's counting?'
By Jack Phillips

He said that recently, he turned 75 on Sept. 25, which is the same day his wife celebrated her 50th.

“Catherine, my wife, and I have the same birthday,” he explained on Thursday, according to Fox News. “Twenty-five years apart, the same day, but who’s counting?”

Earlier in 2019, he spoke about meeting his wife.

When he met Zeta-Jones, he found out the two had the same birthday and knew they had to get married.

Then, he added, “I found out she played golf. I melted right there. She looked straight into my eyes, and that was it.”

The two got married in 2000 and have two children together.

His father, longtime actor Kirk Douglas, will celebrate his 103rd birthday in December.

“I’m moving right along,” Douglas said Thursday via UPI. “I had a cancer bout about eight or nine years ago where I sort of thought about [aging]. Once I got a clean bill of health after that, it was kind of straight on, feeling good.”

“Having a younger bride makes me feel good on one side; I’ve got the old man over here on the other side who still has a full head of hair,” he added. “It’s all good. You can’t be an idiot about it. So 75, I look at the 15-year program, if I still got my marbles by the time I’m 90. After that, it’s all golden.”

Douglas said that he keeps active by working out on a regular basis.

“I do a cardio mixup with weights,” he added. “I recently have been having some trouble with my back playing golf, so I’m working with a trainer now, doing a little more core and body work in other areas.”

The centenarian actor’s wife, Anne Buydens, was born in 1919 in Hanover, Germany. She moved to Paris as a young woman to work as a film publicist where, at the age of 34, she was noticed for her captivating beauty by her future husband. Kirk, smitten, quickly proceeded to ask her for a date.

“I invited her to dinner and she said, ‘Oh thank you very much, but I’m so tired,’” he shared. “She was the most difficult woman I ever met!”

Anne remembers it differently. “[He] took a look at me and then he said, ‘Would you like to have dinner tonight with my friends at some chic restaurant?’” Anne recalled. “And I said, ‘No, thank you, I think I’ll go home and make myself some scrambled eggs.’”

Anne’s reticence eventually thawed, as the couple married on May 29, 1954. Kirk’s secret? “I stopped talking about myself and began to listen to her,” he admitted.