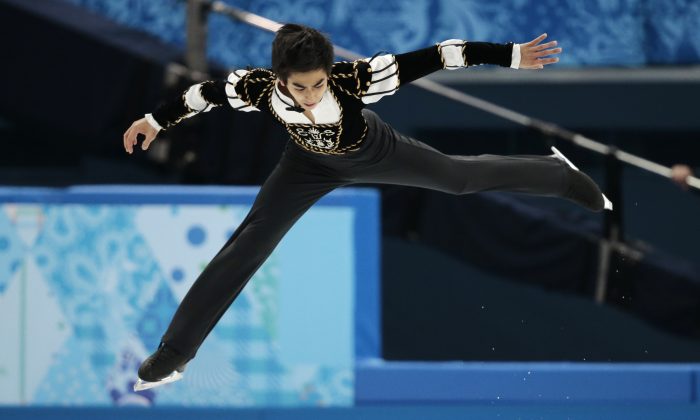 Michael Christian Martinez to Get $10,000 Bonus as He Looks Ahead to 2018 Olympics

Michael Christian Martinez, the first Filipino figure skater to compete in the Olympics, has been hailed across the country and will receive at least one bonus for his efforts.

Although he came in 19th overall, Martinez will get $10,000 from the MVP Sports Foundation, national team head coach Chot Reyes said via Twitter.

“What a brave kid, gave it all tonight. Thank you to him and his parents. Let’s continue supporting him,” Pangilinan told ABS-CBN.

Pangilinan added via Twitter that he is proud of Martinez and happy he represented the country at the Olympics.

Martinez, only 17, qualified for the medal round after scoring high in the preliminary round.

In the final round of 24 skaters, he ended up 19, but with high hopes for the future.

“I feel very happy and proud that I made it here in the final round of the Winter Olympic Games,” Martinez told The Associated Press.

“I feel very happy because I landed my triple axel during the halfway program, so that’s an improvement and I got the chance to land on some of my jumps. My next plan is to qualify for the next Olympic Games and try to get a medal.”

He next performs at the World Junior Figure Skating Championships in Bulgaria next month.

The Palace, meanwhile, said that it hasn’t decided if Martinez will get a bonus from it for his performance.