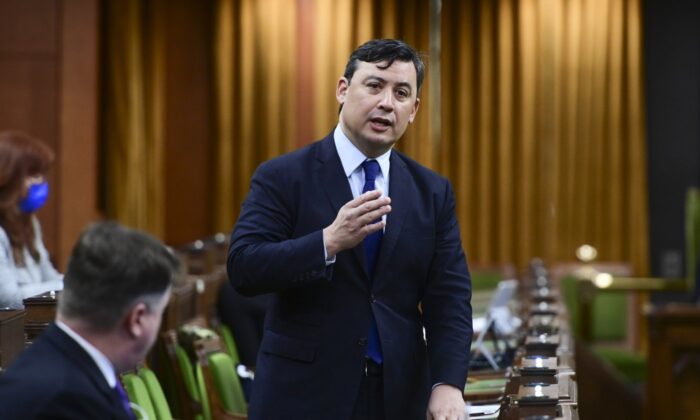 Conservative MP Michael Chong says he will not be entering the party's leadership race. Chong rises during question period in the House of Commons on Parliament Hill in Ottawa on March 26, 2021. (The Canadian Press/Sean Kilpatrick)
Canada

Michael Chong Not Running for Conservative Leader, Says ‘Now Is Not the Time’

Michael Chong says he will not be entering the Conservative leadership race.

The longtime Ontario MP and 2017 leadership contender had left the door open to the possibility of another run.

Chong tweeted today that after some reflection he decided not to enter the contest.

He says “now is not the time” and as the party’s critic for foreign affairs he wants to remain focused on his file.

Chong says he will help elect a Conservative leader who is “ready for the serious challenges of our times.”

High-profile Ottawa-area MP Pierre Poilievre has also mounted a bid, as well as Leslyn Lewis, a rookie MP from Ontario who ran in the last leadership race, and Independent Ontario MPP Roman Baber.

Brampton Mayor Patrick Brown is also expected to launch his campaign on Sunday.