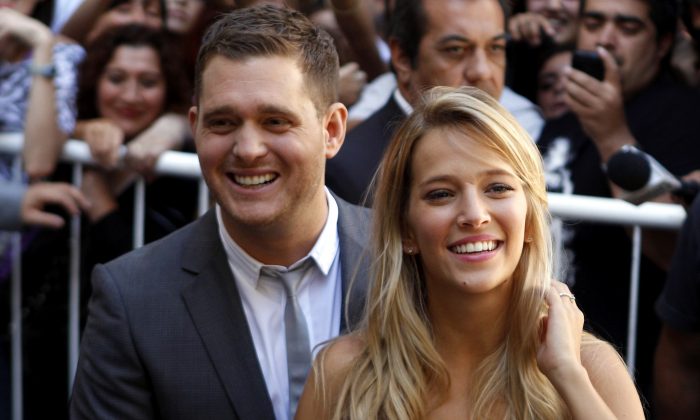 NEW YORK—Michael Bublé says his 3-year-old son Noah “has been progressing well during his treatment” for cancer.

The Canadian singer and his wife, Argentine TV actress Luisana Lopilato, say in a statement Friday that “doctors are very optimistic about the future for our little boy.” They say Noah has been brave during the battle and they “continue to be inspired by his courage.”

The family announced Noah’s cancer in November. They didn’t say what type of cancer he has or when he was diagnosed.

The couple also has another son, Elias, who turned 1 last month.