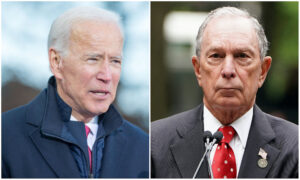 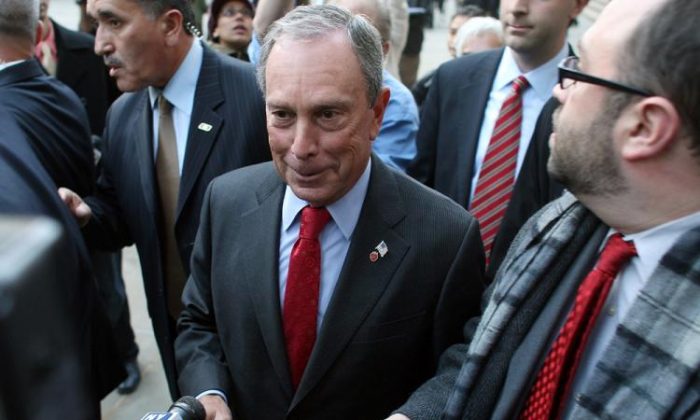 According to the filing (pdf), “I hereby designate the following named political committee as my Principal Campaign Committee for the 2020 election(s).” It named “Mike Bloomberg 2020, Inc.” as the committee and “Democratic Party” as his affiliation.

An aide close to the billionaire media mogul told CBS News that it “is another step towards running but not a final decision or announcement.”

Bloomberg has filed to appear on the Democratic primary ballot in Alabama, Arkansas, and Texas in recent weeks. The three states hold primaries on March 3, which is known as Super Tuesday.

Reports have said that he is working to get signatures to get on the ballot in Tennessee.

The Associated Press reported that Bloomberg is planning to spend about $15 million to $20 million on a voter registration drive to impede in Trump’s reelection chances in five states.

“One campaign is a primary campaign—and there are a lot of great people in that contest and a lot of focus and activity around that,” his adviser, Howard Wolfson, told the AP in attempting to explain his plans. “But at the same time, there’s another campaign going on that the president has begun that ends in November that also needs to be engaged. And one of the arguments that we would make on behalf of Mike to primary voters is (that) he is able to wage these two campaigns simultaneously—effectively and simultaneously.”

On Sunday, the former New York Mayor apologized for a policy on stop-and-frisk policing, an about-face from his position a few months earlier.

“Now hindsight is 20/20. But as crime continued to come down as we reduced stops and as it continued to come down during the next administration to its credit, I now see that we could and should have acted sooner. And acted faster to cut the stops. I wish we had. And I’m sorry that we didn’t,” Bloomberg added. “But I can’t change history, however today I want you to know that I realize back then I was wrong and I’m sorry.”

Several months before, he defended the policing tactic.

“We focused on keeping kids from going through the correctional system … kids who walked around looking like they might have a gun, remove the gun from their pockets and stop it,” Bloomberg remarked in January when he was asked a question about the move, reported CNN. “The result of that was, over the years, the murder rate in New York City went from 650 a year to 300 a year when I left,” he added.