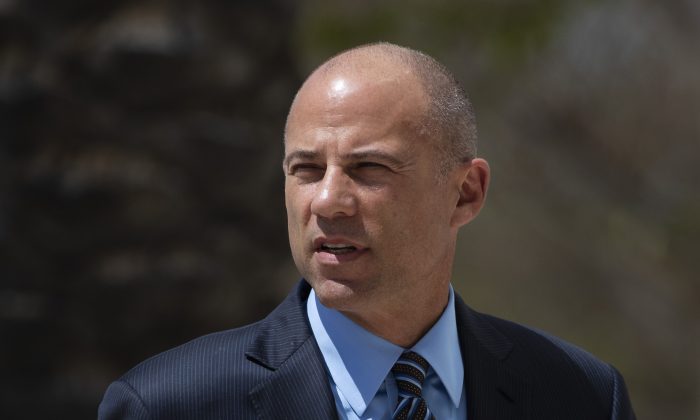 The disciplinary hearing centered on allegations that Avenatti misappropriated $840,000 in settlement money owed to his former client, Gregory Barela. Avenatti allegedly kept the cash for himself for personal use despite Barela making continued inquiries about the funds.

After the disciplinary hearing break, where the State Bar of California has initiated proceedings against Avenatti, he did not return back to the court, Fox News reported.

Thomas Warren, the attorney’s lead counsel in the disciplinary case, told the court that in relation to a criminal matter in Santa Ana, Avenatti was unable to return.

“I can confirm that he was arrested by federal agents. I anticipate a bail hearing at 2 p.m. tomorrow in Magistrate’s Court in Santa Ana. I haven’t seen the details of the warrant, but should have it later this evening,“ Steward told Fox news.

A spokesman for the U.S. Attorney’s Office in Los Angeles, Thom Mrozek, told The Washington Post that Avenatti was arrested on the “allegation of violating the terms of his pretrial release,” adding that he is expected to appear in Santa Ana federal court on Wednesday.

His arrest was also notified to U.S. District Judge Paul G.Gardephe by New York prosecutors in a one-page letter.

New York prosecutors wrote in the letter that Los Angeles prosecutors notified them that Avenatti was arrested in California for alleged violations.

Walking out of the courthouse, the Daily Beast reported that Avenatti simply said, “Completely innocent.”

Avenatti was scheduled for trial next week in a Manhattan federal court over his alleged plot to extort $25 million from Nike, according to USA Today, to which he has pleaded not guilty.

He also faces another trial in May in Los Angeles on charges that he defrauded clients of millions of dollars for more than four years.

Steven E. Bledsoe, a Los Angeles lawyer representing Gregory Barela, told The Post that Avenatti was “digging himself an even bigger hole on the witness stand” in the State Bar proceeding before his arrest.

“It is unfortunate that Mr. Avenatti’s arrest will delay the State Bar disciplinary proceedings, but it appears that losing his law license will be among the least of his worries,” he said.