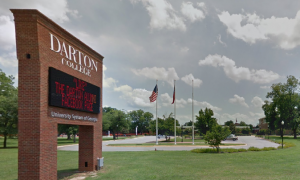 A Miami, Florida woman pursued a police officer, essentially pulled him over, and accused him of speeding.

The concerned driver, Claudia Castillo, captured a video of the chase as she tried to catch him. Castillo claims she saw the officer driving at speeds more than 90 mph.

She signaled for him to pull his vehicle over by flashing her lights. The cop stopped his cruiser, got out, and then walked over to the woman.

“I pushed 80 to try and catch up to you and I was still eating your dust. You were leaving me behind and I was going 80 miles an hour. I just wanted to know what’s the emergency?” she asked him.

The officer responded, “I don’t know how fast I was going, but I can tell you this, I’m on the way to work right now.”

“I don’t believe I was speeding, but you’re entitled to your opinion. I just saw you now when you pulled over next to me, which is why I pulled over here. I thought you had some kind of emergency, everything fine? Just me speeding?” he asked her.

“Everything’s fine, it’s just your speeding,” she said, adding that he should set an example for others.

Georgia Police Officer Kicked Out of College Classroom Over His Gun

The unnamed officer then got into his car and drove away.