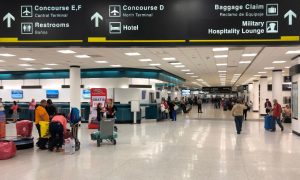 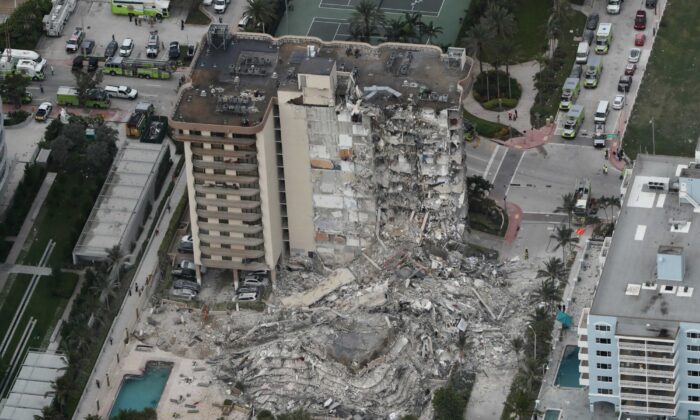 Authorities on Friday morning said that the death toll from the partial collapse of a residential building in South Florida has increased to four, as about 159 people still remain unaccounted for.

Florida Gov. Ron DeSantis, a Republican, declared an emergency on Thursday evening following the collapse, which will allow for the easier flow of state and federal resources and funding.

Hours later, on Friday morning, President Joe Biden approved the emergency declaration, authorizing the Federal Emergency Management Agency (FEMA), to “coordinate all disaster relief efforts which have the purpose of alleviating the hardship and suffering caused by the emergency on the local population, and to provide appropriate assistance for required emergency measures.”

Meanwhile, the number of individuals who remain missing for now is 159, Miami-Dade County Mayor Daniella Levine Cava added to reporters.

“I want to be very clear about the numbers. They are very fluid,” the mayor said.

Levin Cara added that about 102 people “have been accounted for,” which is “way up from the original count.”

“We’re very, very grateful for the hard work of our firefighters on the scene working throughout the night day and night from above and from below,” Levine Cava said.

Throughout the night, Miami-Dade fire officials said they could hear sonar-detected sounds coming from within the collapsed building.

State Sen. Jason Pizzo of Miami Beach confirmed to the Miami Herald that he saw tactical teams of six working early Friday to sift through the debris.

He said he saw one body in a yellow body bag and another that was marked. They were taken to a homicide unit tent that was set up along the beach.

Many people remained at the reunification center set up near the collapse site early Friday morning, awaiting results of DNA swabs that could help identify victims.

Authorities have not revealed the cause of the collapse.

Video of the collapse showed the center of the building appearing to tumble down first and a section nearest to the ocean teetering and coming down seconds later, as a huge dust cloud swallowed the neighborhood.

The building, which contained condominiums, had 130 units of which 80 were occupied, according to reports. The building was constructed in 1981 and was in the process of being recertified, with repairs being done.