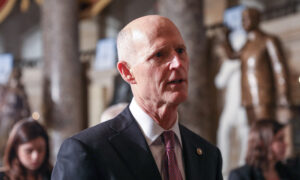 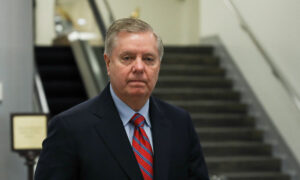 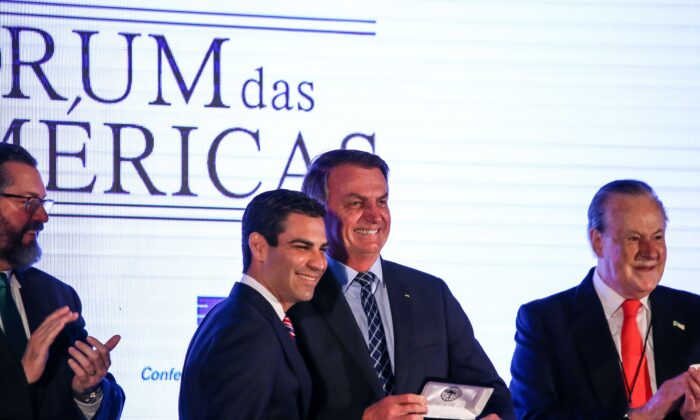 Miami Mayor Francis Suarez, second left, gives Brazilian President Jair Bolsonaro the keys to the city during the Forum Of The Americas at the InterContinental Miami in Miami, Florida, on March 10, 2020. (Zak Bennett/AFP via Getty Images)
US News

The mayor of Miami, Florida, tested positive for the new coronavirus in a case linked to the Brazilian delegation that spent time in the state over the weekend.

Francis Suarez was among the federal, state, and local officials who spent time with Brazilian officials in the Miami area through March 8. He said on Thursday he was self-quarantining after learning Brazilian President Jair Bolsonaro’s press secretary Fabio Wajngarten tested positive for COVID-19, the disease the virus causes.

Suarez said in a video Friday that he was told he tested positive for COVID-19.

“I feel completely healthy and strong. However, I am doing the responsible thing by working with the county’s health department to take every precaution to ensure that not only my family’s healthy, but everyone I came into contact with is healthy as well,” he said.

People who shook hands with Suarez or were near him when he sneezed or coughed should isolate at home for 14 days and monitor for symptoms, which are similar to the flu and include fever, cough, and shortness of breath.

The government will continue running, Suarez said. He will lead the city remotely.

There are 17 COVID-19 total cases in Florida, the state Department of Health said on Thursday. Two patients have died of the illness.

Bolsonaro said on Friday that he tested negative for the virus.

“Both the President and Vice President had almost no interactions with the individual who tested positive and do not require being tested at this time,” White House press secretary Stephanie Grisham said in a statement.

No federal lawmakers or top Trump administration officials have tested positive for COVID-19. A Washington-based staffer for Sen. Maria Cantwell (D-Wash.) tested positive, prompting the closure of the senator’s Washington office. The U.S. Capital was closed starting today to tourists and other nonessential visitors through the end of the month.

The new virus started in China last year and has spread to over 100 countries around the world. It is particularly dangerous for the elderly or those with underlying health conditions. Both groups that have been advised to avoid crowds and stay home as much as possible.

Ways to avoid contracting the illness include frequently washing hands with soap and water for at least 20 seconds or using alcohol-based hand sanitizer; not touching one’s mouth, nose, or eyes with unwashed hands; regularly disinfecting doorknobs, tables, and other highly-used surfaces at home; and staying away from sick people.

About four out of five patients recover without medical intervention. The other 20 percent require hospitalization, with some requiring intensive care.

New York, California, Washington state, and Massachusetts have seen the most cases so far in the United States. All but three U.S. states have reported at least one case.