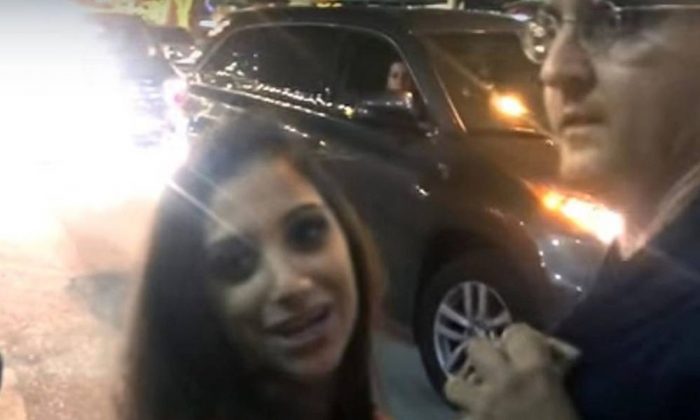 A doctor in Miami is on administrative leave after she was filmed hitting and yelling at an Uber driver.

The doctor was identified as Anjali Ramkissoon, who is a fourth-year neurology resident employed by Jackson Health System, according to CBS Miami. A video of her attacking the driver was shot in the Brickell area in Miami.

Jackson Health System issued a statement on the matter, saying she was “placed on administrative leave, effective immediately, and removed from all clinical duties.”

“Jackson has launched an internal investigation. The outcome of the investigation will determine if any disciplinary action will be taken, up to and including termination,” it added.

The incident occurred in the early hours on Sunday, and the clip of her has gained hundreds of thousands of views since it was posted on YouTube.

It shows her hitting the driver in the face, then demanding a ride in a profanity-laced rant. Miami police spokeswoman Frederica Burden told the Herald that officers were called for a disturbance, but no report was taken.

“Get some help,” the driver tells her in the video.

She then gets into the side of the car and demands a ride in a profanity-laced rant. After he refused to give her a ride, she started throwing papers, scissors, and other items out of his vehicle.

The YouTube poster then stated, “It was only when they put her in the police car that she started crying, apologizing and claiming that she would lose her medical license [she claimed to be a neurologist] if she got arrested.”

The uploader said the driver, who was not named, accepted a settlement and didn’t press charges.

The video can be viewed here (WARNING: It contains profanity):