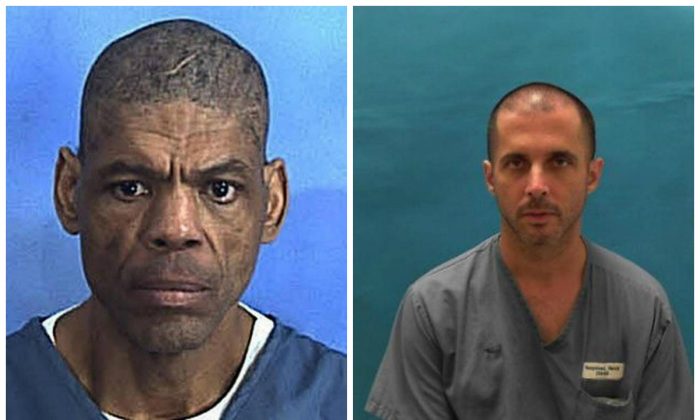 Miami-Dade Prison Inmate Thrown Into Hot Shower for 2 Hours, but Death Is Ruled as ‘Accidental’

A Miami-Dade prison inmate’s death has been ruled “accidental,” despite it coming after he was forced to stay in a steaming shower for two hours.

The Miami-Dade Medical Examiner’s autopsy report was completed this week for the June 2012 death of Darren Rainey, a mentally ill inmate.

The report says Rainey died from complications of schizophrenia, heart disease and “confinement” in the shower, law enforcement sources told the Miami Herald.

Rainey, 50, didn’t suffer any burns on his body and investigators couldn’t conclude the shower was “excessively” hot the day he collapsed, the report said.

The Miami-Dade State Attorney’s Office must now decide whether to charge corrections officers with committing a crime, such as manslaughter.

The sources said the autopsy concluded that corrections officers had “no intent” to harm Rainey when they kept him in the shower for up to two hours.

But when staff finally took Rainey out of the stall, his skin seemingly melted off—a condition known as “slippage” caused by prolonged exposure to water, humidity and the “warm, moist” environment, the autopsy reported.

The Miami-Dade State Attorney’s Office must now decide whether to charge corrections officers with committing a crime, such as manslaughter, for locking Rainey in the shower and leaving him, according to the Herald.

Howard Simon, executive director of the Florida chapter of the American Civil Liberties Union (ACLU), told the Guardian that it “defies belief” that Rainey, who was serving a two-year sentence for cocaine possession, and who had been locked in the shower after he defecated in his cell, died by accident.

“To accept the medical examiner’s conclusion you have to believe that he accidentally locked himself in a shower, then turned up the water temperature to 180 degrees, accidentally boiled himself to death and all the while he was screaming for help,” he told the Guardian. “That doesn’t sound to me much like an accident.”