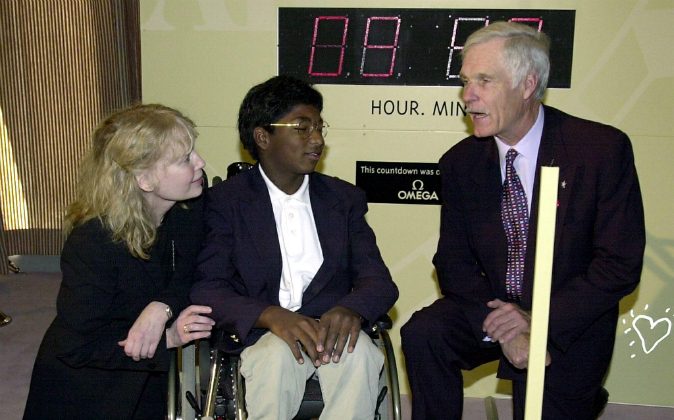 The adopted son of actress Mia Farrow has died at the age of 27.

Thaddeus Wilk Farrow was found in his car with a “suicide gunshot wound” to the torso in Danbury, Connecticut on Sept. 21, reported USA Today.

According to state police, Farrow was found inside his car “suffering from life-threatening injuries.” He was rushed to Danbury Hospital, where he was pronounced dead. The incident is under investigation.

Thaddeus Farrow’s life began in Calcutta, India, before he was adopted by the movie star in 1994. A paraplegic and polio survivor, Thaddeus was disposed of as a child in a railway station by his biological parents.

In a 2013 profile with Vanity Fair, Mia recalled her first encounter with Thaddeus and how she immediately knew she’d adopt him. The transition of arriving to the US with a movie star as a parent was initially daunting for Thaddeus.

“It was scary to be brought to a world of people whose language I did not understand, with different skin colors,” Thaddeus told VF. “The fact that everyone loved me was a new experience, overwhelming at first.”

Thaddeus said he had a “spiritual awakening,” and set his mind to being a Good Samaritan, offering roadside assistance to stranded drivers.  He also wanted to work in law enforcement, a dream that was realized when he “talked his way into a criminal-justice program,” according to Vanity Fair.

“I came back at Christmastime to tell Mia, ‘I know I never really said thank you, Mom.’ I just let out emotions I would never let myself express. Finally I was able to,” he said.

Mia Farrow is the mother to 14 children—10 of whom were adopted.

Three of those adopted children—Tam, Lark, and Thaddeus—have passed away.

In 2008, Lark Previn—the first child adopted by Farrow and ex-husband André Previn—died on Christmas Day at New York Methodist Hospital in Brooklyn, New York. The cause of death was not released, though she had been ailing for a decade of what Farrow’s then-husband, Christopher McKinzie, said was AIDS; Tam Farrow passed away in March 2000 of heart failure.