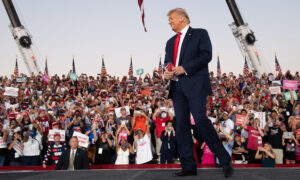 Trump on Campaign Spying Probe: 'We'll Take Care of It All After the Election'
0
Share Now
FacebookTweetParlerEmail
Copy Link 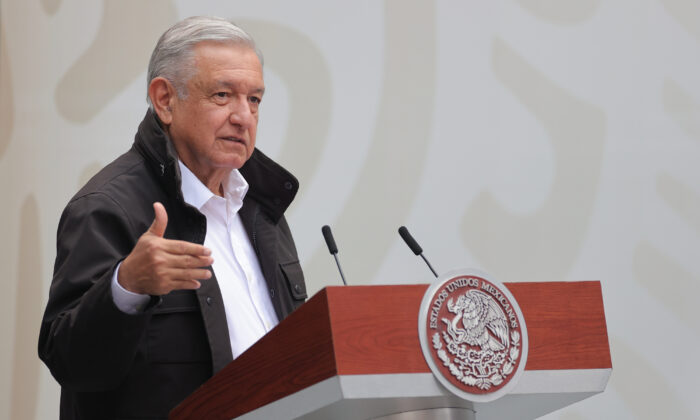 Mexico’s President Reaffirms Stance on US Election: ‘It’s Not up to Us’

Mexican President Andrés Manuel López Obrador again said he will not recognize a winner of the U.S. presidential elections until all legal disputes are resolved.

“We can’t make any kind of recognition of a government that is not yet legally and legitimately constituted,” he said at a press conference on Nov. 10. “It’s not up to us. That’s interventionism.”

“Because we’re adhering to our policy of principles,” he added. “Also, we’re not a colony. We’re a free, independent, sovereign country. The Mexican government is not a puppet of any foreign government.”

This is not the first time López Obrador has made such a statement. Last Saturday, when many media outlets declared that Democratic presidential candidate Joseph Robinette Biden Jr. had won the U.S. presidency, López Obrador noticeably said he will not be congratulating anyone until “the electoral process is over.”

“With regard to the U.S. election, we are going to wait until all the legal matters have been resolved,” López Obrador told a press conference that day.

López Obrador’s remarks drew much attention at a time when congratulations from other world leaders were pouring in.

It was widely interpreted that López Obrador’s response was related to his personal experience.

López Obrador lost his presidential run in 2008 and 2012. He refused to accept either defeat, criticizing foreign leaders who congratulated his rivals when the vote counts hadn’t been finalized.

Biden himself also declared victory on Nov. 7 following the projections from legacy media. President Donald Trump, however, said that the election is far from over.

The Trump campaign’s legal team has filed lawsuits in some of the key states ever since to challenge the results.

Martha Barcena, Mexico’s ambassador to the United States, explained the position of the Mexican president on Twitter the day before López Obrador restated his willingness to wait.

“The position of the Government of Mexico regarding the timing of congratulatory message to the winner of the 2020 Presidential elections in the United States is based on the principles of Mexico’s foreign policy enshrined in our Constitution, particularly in the principle of nonintervention, as well as in our history,” Barcena said in the statement.

“This is a principled and legal approach to our relations with other States. In that context, we have an utmost respect for the national institutions, law, and procedures of each country, regarding its internal affairs.”

The Epoch Times will not declare a winner of the 2020 presidential election until all results are certified and any legal challenges are resolved, the editorial board announced on Nov. 6.