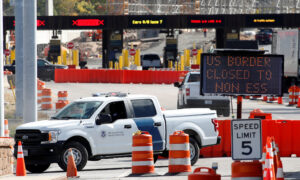 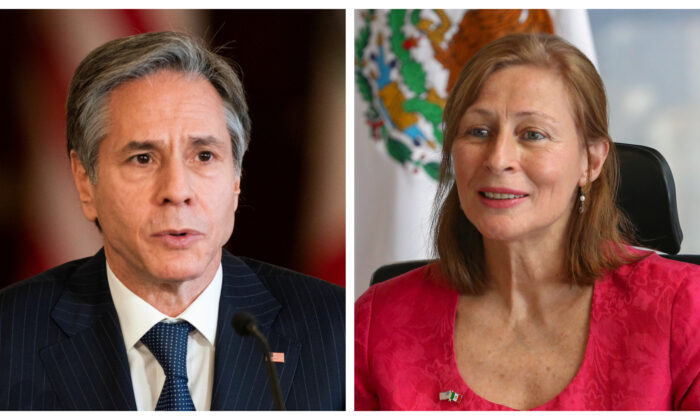 Mexican Economy Minister Tatiana Clouthier told U.S. Secretary of State Antony Blinken in a virtual meeting that Mexico wants to be a supplier of chips and other critical goods for North America.

Clouthier said in her remarks before the Feb. 26 meeting that Mexico wants to be a part of efforts to restore the supply chains of chips, large-capacity batteries, pharmaceuticals, and strategic minerals that were disrupted by the CCP (Chinese Communist Party) virus pandemic.

“Mexico, we are sure, could be part of these large efforts so as to ensure that in North America, we can have the necessary supply for these type of goods. … We want to be suppliers of these goods. We want to work hand-in-hand with you, your government, and the Government of Canada to strengthen the platform for trade in North America,” she said.

On Feb. 24, President Joe Biden signed an executive order to bolster the resilience of supply chains for four critical industries following a slew of recent shortages that have left the United States vulnerable.

While White House officials said the action doesn’t focus on any one country, it will direct the United States to diversify its supply chain reliance on China, which is one of the dominant players in the rare-earth and pharmaceutical fields.

The measures came at a time when the pandemic has put a strain on the availability of personal protective equipment essential to frontline health workers, and a shortage of computer chips has forced automakers to cut production, highlighting the need for reshoring supply chains.

Clouthier said that Mexican President López Obrador is “extremely interested” in deepening trade relations between Mexico and the United States through the United States–Mexico–Canada Agreement (USMCA).

“The strengthening of the work between both nations is of the utmost importance,” she added.

“The pandemic has shown us that only if we work jointly … we can face challenges in an easier way, creating synergies so that things can progress,” she said.

“We reiterate our willingness to work with your government hand-in-hand, not just for Mexico to do better, but for the three countries who have signed the USMCA.”

In response, Blinken said: “I couldn’t agree more that we have already such a vital and vibrant economic relationship between our countries and one that is to the benefit of Mexicans and Americans alike. And I think we have a common opportunity as well as responsibility to work to deepen and strengthen that.”

López Obrador and Biden are expected to discuss migration and economic recovery from the coronavirus pandemic in a virtual meeting on March 1.