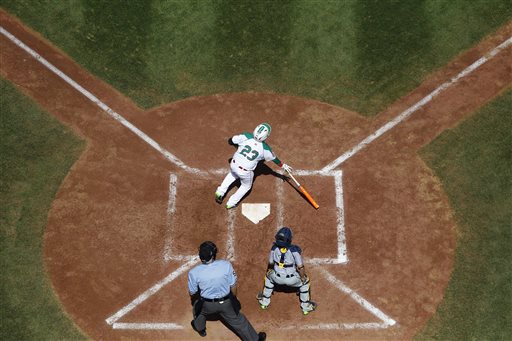 Latin America’s Little League World Series team will take on the top Mexican team in the baseball tournament on Tuesday.

The winner will advance to play the loser of Tokyo Kitasuna of Japan and Seoul LL of South Korea, which are playing on Wednesday. The winner of that game will face the winner of the Tokyo-Seoul game in the international championship.

See Associated Press recaps of the games on Monday below.

Yadiel Santana scored on a passed ball in the first, but that was it for Puerto Rico. Medina allowed two hits.

Venezuela scored in each of the first two innings. Julio Rejon homered in the first, and Jorge Cabrera swiped third in the second and went on to take home when catcher Alvin Martínez overthrew third on the play.

Trailing by two in the bottom of the fourth, Vela stepped to the plate with one out and men on second and third. He took the first pitch he saw deep to right field to put Mexico ahead by two.

On the mound for Mexico, Aldair Tellez pitched 5 2-3 innings and struck out 12 Australians.

Mexico will play the winner of Puerto Rico and Venezuela on Tuesday afternoon. Australia was eliminated.