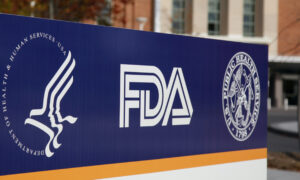 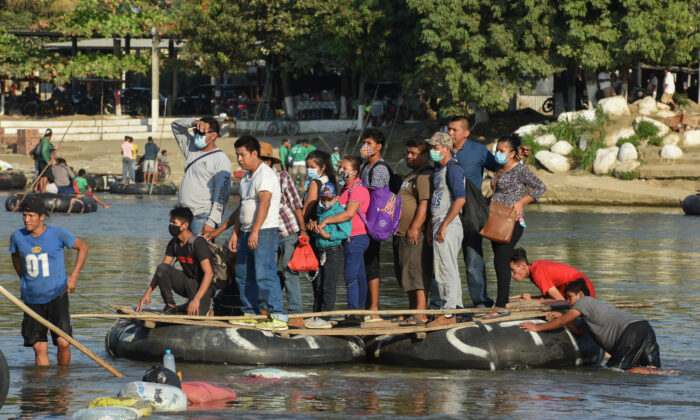 People cross the Suchiate River on a raft from Guatemala to Ciudad Hidalgo, Mexico on Jan. 18, 2021, as a new migrant caravan, mostly of Hondurans heading to the United States is expected to arrive. (Isaac Guzman/AFP via Getty Images)
Americas

Mexico officials have said they expect a spike in mass migration this year driven by natural disasters, failed economies, and the negative impact of the Chinese Communist Party (CCP) virus pandemic.

“We are expecting an increase in the migration flow,” Ramirez said. “Not long ago there was a caravan coming from Honduras that tried to reach the country. While that one was stopped, there is a latent topic there and people will continue to arrive.”

She said the CNDH expects a spike in migration in smaller groups, rather than in large caravans, linked to the negative economic impact of ongoing pandemic. Ramirez also cited reports of an upsurge in human smuggling operations along human trafficking routes.

Just weeks earlier, Mexico’s Human Rights Secretary, Alejandro Encinas Rodriguez, said he believed the country would “face new challenges” in migration flows in the coming months, warning of the effects of the pandemic and hurricanes that struck Nicaragua, El Salvador, and Guatemala.

The Attorney Generals (AG) of both Arizona and Texas have sued Biden over a memo from the administration that ordered a freeze on the majority of deportations for 100 days.

On Jan. 20 (pdf), the Department of Homeland Security released the memo, which imposed a moratorium on most deportations and outlined categories of immigration offenders who will continue to be subject to arrest and eventual removal, including those who pose a national security risk or are suspected of terrorism or espionage.

Arizona AG Mark Brnovich a Republican, announced the lawsuit on Twitter late on Feb. 3, stating that he believes the policy “puts Arizona public safety at risk,” saying the suit asks the U.S. District Court in Arizona to rule that the 100-Day Pause policy violates federal law.

The chief deputy in Pinal County, Arizona—a 90-minute drive away from Mexico—told Townhall that the situation on the United States southern border is worsening following the change of administration and its policies.

Thomas said that the crisis at the border had begun to re-emerge at around the end of 2020 because the human and drug trafficking cartels expected President Joe Biden to have a “hands-off” attitude with regard to the border situation.