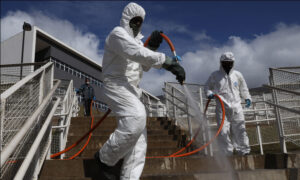 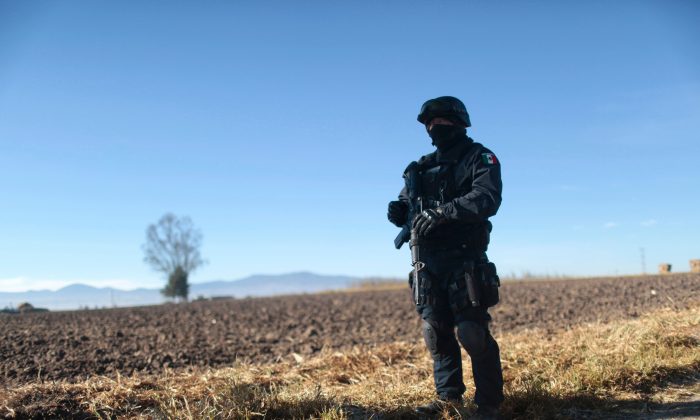 MEXICO CITY—A suspected drug cartel boss linked to a string of deadly weekend gun-battles in a northern border city was arrested at a horse-race track in the capital, Mexican officials said Monday.

Sales said the 31-year-old man was detained with weapons, drugs and false identification. He allegedly was in charge of the group involved in the shootouts earlier Sunday in which nine suspected criminals died as raids by security forces erupted into clashes and gang members set up roadblocks and lit vehicles on fire in Reynosa, which is across from McAllen, Texas.

Sales did not name the group, but another government official said Martinez is believed to be the Gulf Cartel’s No. 2 boss in Reynosa. The official was not authorized to discuss the matter publicly and agreed to discuss the case only if not quoted by name.

Federal police intelligence chief Omar Garcia told Radio Formula that agents had been tracking Martinez for four months and he was on a leisure trip in the capital when he was taken into custody at the track.

Martinez did not resist arrest, Garcia said. “In reality, he was surprised to be detained in Mexico City.”

The state of Tamaulipas, where Reynosa is located, has suffered several waves of drug violence. The Gulf Cartel battled with its former allies, the Zetas, for a number of years, but officials say that violence since 2015 has often resulted from a dispute between rival Gulf factions.

Officials said the Sunday raids targeted the cartel’s top boss for Reynosa. Similar gunbattles broke out in April 2015 when authorities launched an offensive against another local leader of the Gulf Cartel.