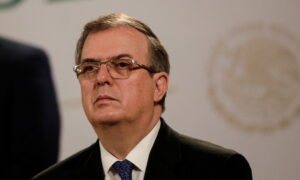 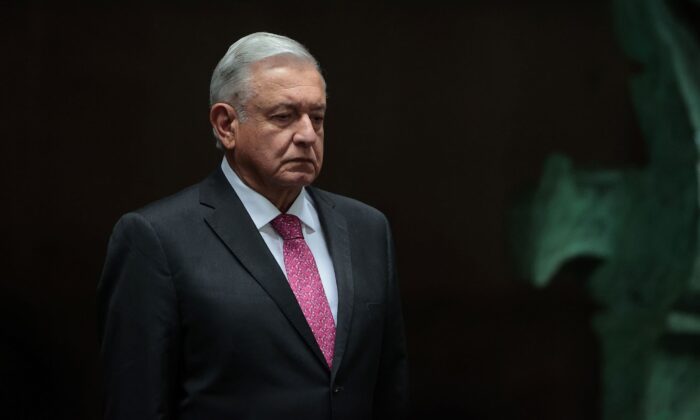 President of Mexico Andres Manuel Lopez Obrador looks on during the ceremony to commemorate the third year of Lopez Obrador's victory in the 2018 presidential elections at Palacio Nacional in Mexico City, Mexico on July 01, 2021. (Hector Vivas/Getty Images)
Americas

MEXICO CITY—Mexico’s president said Thursday he will issue a decree that could release hundreds or thousands of elderly inmates or those who have spent ten years or more in prison and have not been convicted of any violent offense.

Anyone who can demonstrate that they suffered torture after they were arrested would also be freed.

The move by President Andrés Manuel López Obrador is meant to address the slow, antiquated, and abuse-ridden legal system in Mexico. An estimated 7,200 suspects are in prison on federal charges but with no verdict.

It was not clear how many of them have spent a decade behind bars. And because some of them are accused of violent crimes, not all would be released by the Sept. 15 deadline, the president announced. The government has not yet estimated how many will be freed under the decree in total.

“The legal framework stipulates that justice has to be rapid, expeditious,” López Obrador said. “How can a person be jailed for ten years or more with no verdict?”

Some trials in Mexico are intentionally drawn out by defense lawyers, not the prosecution.

The decree covers only federal prisoners, though many more such inmates exist in state prisons. An estimated 43 percent of all inmates in Mexico, or 94,000 people, have not been convicted or sentenced.

The decree would also free non-violent inmates over 65 who suffer from chronic conditions like diabetes or high blood pressure. The government estimates there are about 300 inmates over 65 in federal custody.

Tortured prisoners would be released no matter what crime they were accused of or how long they had been held.

“We want to make it clear that, as government policy, we will not allow torture,” the president said.

Many of the provisions for release mentioned in the plan already exist in current Mexican legal guidelines, but have simply not been applied.