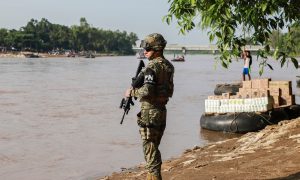 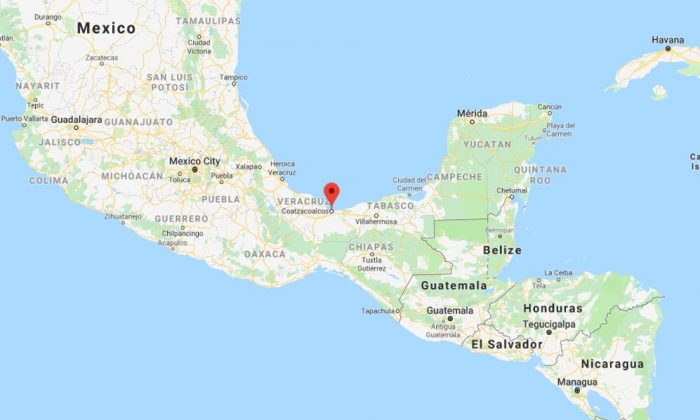 At least 23 people were killed and another 13 people were injured during an attack on a bar near Coatzacoalcos along the Gulf coast on Aug. 28. (Google Maps)
Americas

At least 23 people were killed and another 13 people were injured during an attack on a bar near Coatzacoalcos along the Gulf coast on Aug. 28.

The armed assailants started a fire that ravaged the bar, killing 15 men and eight women in the process, said the Attorney General of the State of Veracruz.

The bar was shot up and Molotov cocktails were tossed in the bar, the BBC also reported. Ambulances and police were seen gathering in the street following the blaze.

An attack on a bar in Mexico’s Gulf coast city of Coatzacoalcos killed 23 people and injured 13 https://t.co/UUgkH0QE0F pic.twitter.com/eI6t1otjxo

The attorney general said that it “strongly condemns the unfortunate events in southern Veracruz.”

The attorney general’s office will now attempt to investigate the “origin of the fire that occurred,” according to the state office.

Veracruz regional governor, Cuitláhuac García, said that police are searching for the attackers, adding that they “will not go unpunished,” the BBC reported.

VIDEO: 🇲🇽 At least 23 people were killed and 13 badly wounded in a fire that was likely caused by an attack at a bar in #Coatzacoalcos, eastern Mexico, prosecutors say pic.twitter.com/qMWMJoiFAp

“I just want to know if he’s OK,” said one unnamed woman, who was near the bar searching for her son.

García also said that a gang dispute might have been the reason for the attack, Fox News reported.

“In Veracruz, criminal gangs are no longer tolerated,” García wrote of the attack.

The Secretary of Public Safety for the state of Veracruz also condemned the attack on Twitter, saying it took place at the Caballo Blanco Bar and that there was a search operation underway.

Other details about the attack were not provided.

Last year, at least 166 skulls were found in a mass grave in Veracruz state, and drug cartels are likely to blame. A year before that, a mass grave with 250 victims was also found in Veracruz.

Murder Rate on the Rise

Murders in Mexico jumped in the first half of the year to the highest on record, according to official data, underscoring the vast challenges socialist President Andres Manuel Lopez Obrador faces in reducing violence in the cartel-ravaged country.

There were 14,603 murders from January to June, versus the 13,985 homicides registered in the first six months of 2018, according to data posted over the weekend on the website of Mexico’s national public security office. This doesn’t include Tuesday’s recent bar attack.

Mexico is on course to surpass the 29,111 murders of last year—an all-time high.

For years, Mexico has struggled with violence as consecutive governments battled brutal drug cartels, often by taking out their leaders. That has resulted in the fragmentation of gangs and increasingly vicious internecine fighting.

Lopez Obrador, who took office in December, has blamed the economic policies of previous administrations for exacerbating the violence and said his government was targeting the issue by rooting out corruption and inequality in Mexico.