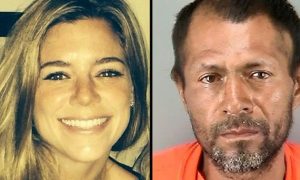 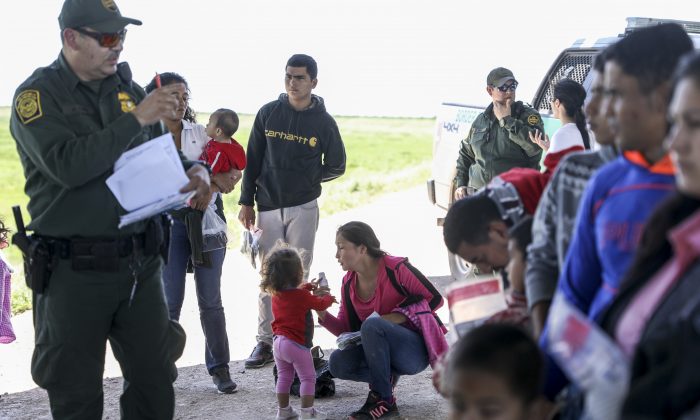 The Mexican government announced on Sept. 6 that the flow of migrants arriving at its border with the United States had fallen by 56 percent since May, saying that it believes its strategy to curb illegal immigration is enough to avert President Donald Trump’s threatened tariffs on Mexican goods.

Foreign Secretary Marcelo Ebrard, citing U.S. Customs and Border Protection (CBP) data, said at a news conference that the number of illegal immigrants apprehended in August was 63,989, which is down from 144,266 in May. The numbers also included people who presented themselves at U.S. ports of entry and were deemed inadmissible.

In June, the United States and Mexico reached a deal to that would see an expanded implementation of the Migrant Protection Protocols (MPP), commonly known as the “Remain in Mexico” policy, and increased security at the southern border. This deal came about after Trump threatened Mexico with imposing a 5 percent important tariff on all goods coming from Mexico if the country did not take action to tackle the influx of illegal immigration at the U.S.-Mexico border. The tariff would have increased every month until it reached 25 percent.

The deal stipulated a 90-day window—which ended on Sept. 5—for Mexico to stem the flow of illegal immigration at the United States’ southern border.

Ebrard is now scheduled to meet with U.S. officials at the White House to review the progress.

“We’re showing that the strategy that Mexico put forward has been successful,” Ebrard said. “I don’t expect a tariff threat Tuesday because it wouldn’t make sense.”

Since the deal was made, Mexico had ramped up its security at its southern border. It has also deployed 21,600 police officers and National Guard troops across the nation. Ebrard said there had been seven formal complaints of human rights violations involving the National Guard, a relatively low number which he saw as another sign of success.

“All of these people who traffic with migrants’ needs for jobs, safety, and welfare, they are committing a crime and they will be punished,” López Obrador said last week. “We are already doing this in Mexico, without violating human rights. We are ensuring there isn’t anarchy, disorder.”

Ebrard also repeated on Sept. 6 that Mexico refuses to become the safe “third country” as proposed by Trump. The proposal would require people seeking asylum in the United States to apply for refuge in Mexico instead.

Trump has yet to respond to Mexico’s announcement but on Sept. 4 he did praise Mexico for its efforts in “bringing their numbers way down.”

“I want to thank Mexico, the Mexican government, their great President of Mexico, for helping us,” Trump said at the announcement of State Opioid Response Grants.

“And, as you know, we have 26,000 Mexico troops on our border. And they’re also bringing their numbers way down. It’s—we were with the commissioner a little while ago, the secretary, and it’s down over 50 percent from last year. So they’re really making a lot of progress. But the Mexican government has been great. So we have 26,000 soldiers from Mexico guarding our border,” he added.

In the June deal, named as the “U.S.-Mexico Joint Declaration,” Mexico vowed to “take unprecedented steps to increase enforcement to curb irregular migration” including the deployment of its National Guard. The country will also work toward dismantling “human smuggling and trafficking organizations as well as their illicit financial and transportation networks.”

Trump has made stopping illegal immigration a priority during his two years in office. Federal immigration officials have reported record highs in the apprehension of illegal aliens at the border to Congress this year, saying that the numbers have overwhelmed border patrol facilities and resources. In May, border patrol agents detained over 144,000 people crossing from Mexico, but in June the number fell to around 104,000 people after Trump took action against Mexico leading to a deal between the two countries. The number of apprehensions fell to just over 82,000 in July.