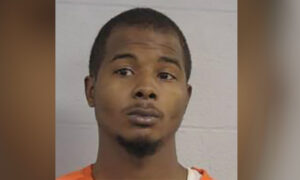 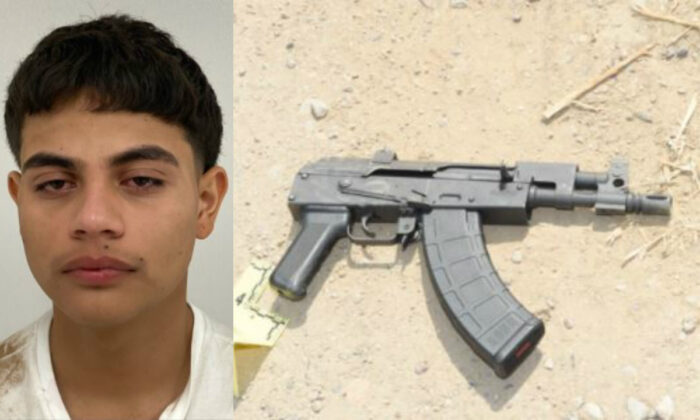 Luis German Espinoza Acuna, left, the suspect in the Sept. 17, 2020, ambush shooting of an Arizona detective in Phoenix, and the AK-47 pistol that Acuna allegedly used. (Arizona Department of Public Safety)
Crime and Incidents

A Mexican illegal immigrant charged as an adult for the attempted murder of a state trooper in Arizona.

Acuna ambushed the trooper, who was clearly dressed as a law enforcement officer, on Sept. 17 in Phoenix, officials said.

After Acuna opened fire, he was left behind by the driver of a silver Infiniti sedan, the Arizona Department of Public Safety said. The detective who was fired upon and another nearby worked together to apprehend the illegal alien.

Neither the shooter nor the officer were injured.

Immigrations and Customs Enforcement (ICE) told news outlets in a statement that immigration officials lodged an immigration detainer on Acuna, an illegal immigrant from Mexico, following his arrest.

“ICE will seek to take Mr. Espinoza-Acuna into custody if and when he is released by local authorities in order to pursue appropriate administrative enforcement action,” the agency stated.

A detainer prevents the release of an illegal immigrant facing charges but released on bail by local officials.

Public Safety Director Heston Silbert told reporters at a briefing last week that the trooper was sitting inside a vehicle conducting surveillance when the suspect approached.

“Our trooper did not understand at that moment how much danger he was in,” Silber said.

“Within seconds, the suspect exited the passenger side of the vehicle with an AK 47 that you will see pictured here. The AK 47 is a short barreled weapon, or called an AK 47 assault pistol. Subject exited the vehicle, and he began to shoot at our trooper as he exited his vehicle. Our trooper was clearly visible in his vest that said ‘police.’ There was no question it was an ambush and he was identifiable as a police officer.”

AZDPS detectives are still seeking public assistance identifying the driver & vehicle involved in yesterday’s ambush on a detective in Phoenix. Attached is a video showing an individual exiting the vehicle believed to be involved in the ambush. (1/2) pic.twitter.com/iZHksbNVt4

Two bullets struck the trooper’s vehicle but by then the trooper had exited the vehicle and returned fire.

Detectives are still seeking help from the public in identifying the man who drove the sedan and sped away, leaving Acuna behind.

Surveillance footage showed a lanky male wearing a grey shirt and jeans, with a baseball cap, later exiting what officials believe is the same vehicle.

The vehicle has an unknown permanent license plate, officials said.