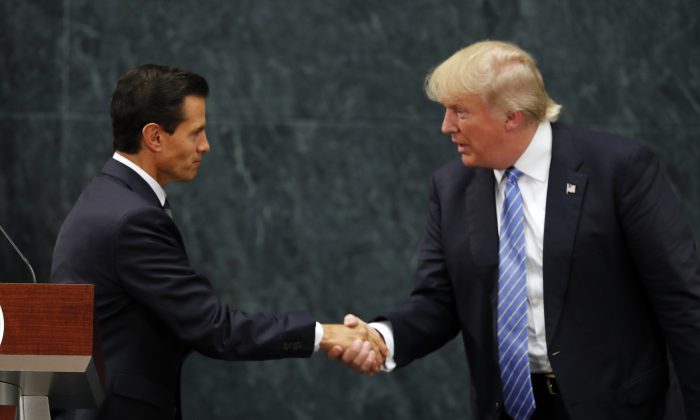 Mexican President Enrique Pena Nieto says he has spoken with U.S. President-elect Donald Trump to congratulate him and his family.

Pena Nieto says they agreed to meet during the transition period to discuss the U.S.-Mexico relationship.

He adds that it was a “cordial, friendly and respectful conversation.”

Pena Nieto said Wednesday in a brief televised address that when Mexico does well, so does the United States, and vice versa. He spoke of opening “new paths of cooperation and prosperity,” while promising to protect the rights and well-being of Mexicans everywhere.

Trump has vowed on the campaign trail to build a wall along the United States’ southern border and force Mexico to pay for it. He has also described migrants crossing the border illegally as criminals and rapists.

Trump met with Pena Nieto in late August in a surprise visit to Mexico City. Pena Nieto was widely criticized at the time for holding the meeting and for not confronting Trump more directly on the wall proposal and the candidate’s comments about Mexico.