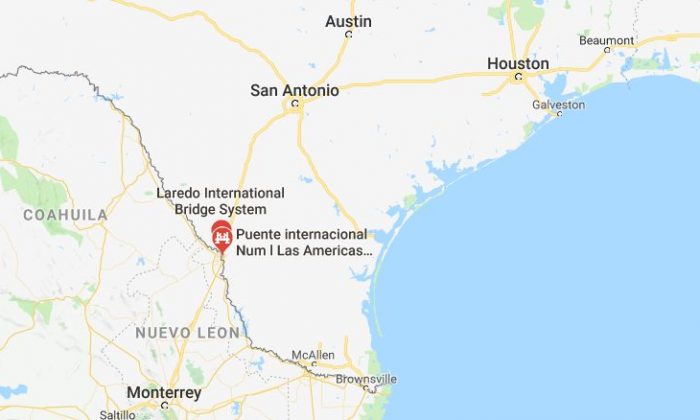 An improvised explosive device (IED) was discovered on a bridge that connects the cities of Laredo, Texas, and Nuevo Laredo, Tamaulipas in Mexico.

Mexican authorities said that the IED was found on the bridge, but they didn’t reveal when the bomb was left there. They confirmed, however, that the device was active, according to a translated Mexican government release.

The bomb was left at Las Americas International Bridge, also known as Bridge One. Nuevo Laredo has the headquarters of the prominent drug cartel, Los Zetas.

The U.S. Customs and Border Protection agency and the City of Laredo have not revealed any information about the finding.

Mexican officials said they de-activated the bomb after officials “proceeded to move to the aforementioned location,” according to the release.

It also added that the “Mexican Army located two antipersonnel mines” at the border city of Camargo, Tamaulipas. The mines had a conductor cable and an electric generator.

Other details about the IED or the mines were not made clear in the release.

Breitbart News first broke the news of the discovery on Feb. 19. “While bomb threats are not unheard of at the various international bridges in Tamaulipas where cartels often flex their muscle; the discovery of an actual explosive device at the bridge is a first of its kind,” the report stated.