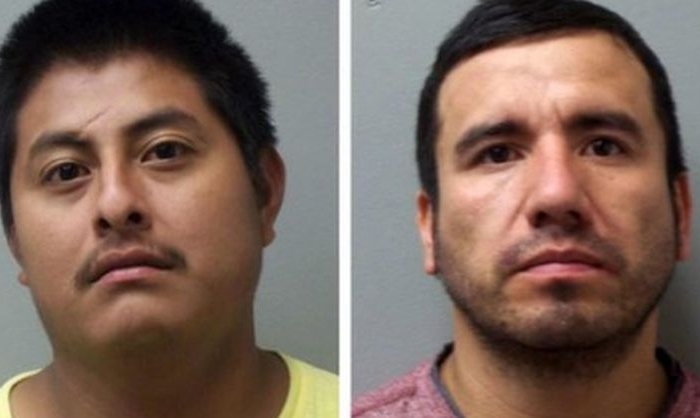 Two men—one of whom is reportedly an illegal immigrant being held by the U.S. Immigration and Customs Enforcement—are accused of beheading a 13-year-old Alabama girl after killing her grandmother.

The details of the grisly slaying were detailed in an Alabama court during a preliminary hearing for Yoni Aguilar, 26, according to The Associated Press.

Aguilar and Israel Palomino, 34, are charged with killing Mariah Lopez, the girl, and her grandmother, 49-year-old Oralia Mendoza.

Officials allege that Mendoza, who was the girlfriend of Aguilar, had links to the powerful Mexico-based Sinaloa drug cartel, one of the largest drug trafficking organizations in the world, according to AP. Investigators said that the men drove the two victims to a cemetery on June 4. There, Mendoza was fatally stabbed following an argument over a drug purchase, officials said.

Aguilar then told police investigators that Palomino then forced him to kill the girl because she witnessed the murder of her grandmother, AP reported. According to AL.com, investigators said that Aguilar implicated Palomino in the slaying.

“The deceased, missing and arrestees all were acquainted with each other,” said the Madison County Sheriff’s Office in a statement on June 15, announcing the arrests of Aguilar and Palomino.

“It’s a very brutal means of death and whenever the public learns of it, it’s going to be shocking and it’s going to be upsetting a lot of people,” Madison County Sheriff’s Office spokesman Lt. Donny Shaw told WAFF-TV. “We want to deliver that information so that we don’t harm the upcoming cases and trials that will be had.”

A 13-year-old Huntsville girl was beheaded after she witnessed her grandmother assaulted with a knife and left to die on the ground in a cemetery, court testimony revealed today: https://t.co/dWN3PQjFWV pic.twitter.com/Y348PkUJ4l