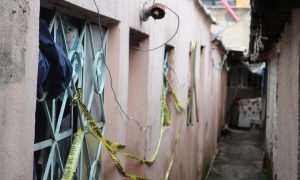 Mexico a War Zone for Journalists, and May Be Getting Worse
0
Share Now
FacebookTweetParlerEmail
Copy Link 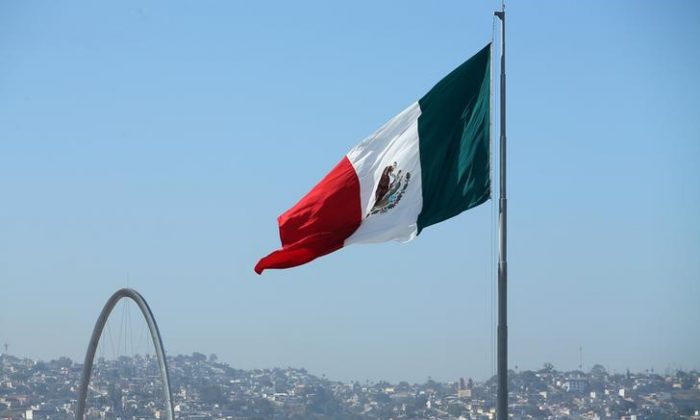 A Mexican flag over the city of Tijuana, Mexico, on April 21, 2017. (Mike Blake/Reuters)
Americas

The new mayor of a Mexican town in the state of Oaxaca was gunned down just hours after taking office, according to media reports.

Alejandro Aparicio Santiago was heading to his very first meeting in Tlaxiaco city hall when he was attacked by a group of gunmen, according to The Associated Press. The mayor later died in a hospital. Four others were also injured.

The governor of Oaxaca strongly condemned the attack in a statement on Twitter on Jan. 1 and said an arrest had already been made. Gov. Alejandro Murat also said he requested a thorough investigation.

Aparicio was a part of MORENA (National Regeneration Movement), the same leftist party as Mexico’s President Andres Manuel López Obrador, according to NPR.

MORENA members in Oaxaca mourned the death of the politician in a Twitter post and demanded that authorities bring those responsible to justice.

A study by the risk analysis firm Etellekt found that 175 politicians were assassinated between September 2017 and August 2018. More than 300 politicians faced intimidation and threats, while others were injured or kidnapped.

Another notable mayoral assassination included Gisela Mota, mayor of Temixco in the state of Morelos, in 2016, according to the New York Times. The state security commissioner Jesus Alberto Capella blamed the killing on organized crime.

Also in 2016, the Mexican Association of Mayors requested urgent help from the president to stop a wave of mayor assassinations. About 56 had been killed over the course of 10 years, said news reports, according to the Miami Herald.

A study that was published that year by the Center for Impunity and Justice Studies (CESIJ) at the University of the Americas in Puebla found that only 7 percent of crimes in Mexico are reported to authorities, and less than 1 percent of all criminals go to jail, reported the Herald.

On Dec. 2, Obrador announced plans to combat lawlessness in the country with a new national guard, reported Reuters.

“We must adjust to a new era,” he said during a speech at a military base in the capital. He promised that the security strategy would respect human rights and would be put to a public vote in 2019.

“The people of Mexico need their armed forces to address this grave problem of insecurity and violence right now,” he said. “We’ve opted for this plan because we trust the armed forces.”