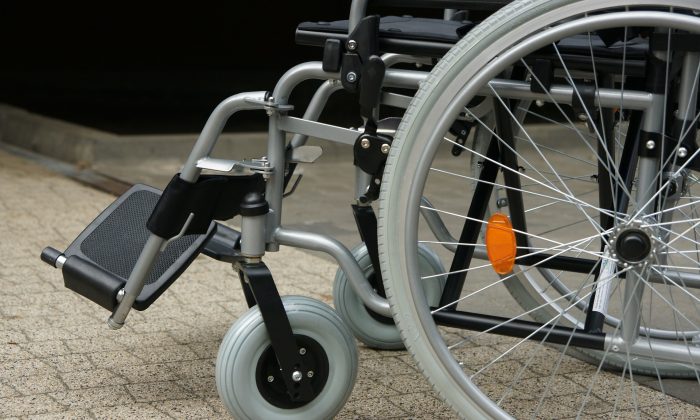 A stock photo of a wheelchair. (Beatrice BB/Pixabay)
Crime and Incidents

A Mexican man who was found guilty of raping a wheelchair-bound Seattle woman last year, attacked his victim again on June 16 just a few days after being released.

King County Sheriff’s Office (KCSO) has issued an arrest warrant for Francisco Carranza-Ramirez, 35, after he allegedly strangled and beat a 32-year-old disabled woman outside her apartment in White Center, 8 miles south of downtown Seattle.

Authorities claim the suspect, who has already been convicted of raping the same woman before, tracked down and attacked her in front of her toddler just three days after being released from jail.

“The suspect assaulted the victim, knocking her out of her wheelchair, strangled her, and threatened to kill her,” Sgt. Ryan Abbott said in a statement obtained by KIRO 7.

Tonight @KIRO7Seattle spoke with the woman he raped — she said prosecutors and the courts failed her and now feels like her voice doesn’t matter.

Carranza-Ramirez allegedly told the woman that killing her would “set him free,” according to the sheriff’s office.

By the time deputies arrived at the scene, Carranza-Ramirez was long gone. Police said he is homeless, somewhere in White Center area, and has already been charged with second-degree assault, felony harassment, intimidating a witness, and violating a sexual assault protection order.

Carranza-Ramirez is described in court documents as being a white male with brown eyes, black hair, weighing 140 pounds, and measuring 5 feet 8 inches tall.

A rapist was released from jail on promise he’d return to Mexico but instead attacked his wheelchair-bound victim again 3 days after release, per King Co. deputies— & now he’s on the run: https://t.co/Rwu4Cowdiz

The accused had been released the week before on the condition he returned to his homeland of Mexico, after being found guilty of an earlier third-degree rape attack against the same woman back in September 2018.

King County Superior Court Judge Nicole Gaines Phelps decided not to release Carranza-Ramirez into community custody because he had already served time. Carranza-Ramirez would only be required to show evidence that he had returned to Mexico.

As a condition of his June 13 guilty plea in the rape case, Carranza-Ramirez had to follow a sexual assault protection order to stay at least 1,000 feet from the victim for five years, according to court documents obtained by KIRO 7. He was also supposed to board a flight four days after his release to California and travel to Mexico by land.

Deputies claim Carranza-Ramirez violated the protection order by approaching the victim two days after his release.

The victim’s injuries were so severe she was sent to hospital for medical treatment. The sheriff’s office confirmed with The Associated Press she has already been moved to a safe location after being discharged from hospital.

The victim claimed Carranza-Ramirez had approached her the day before the attack happened.

“He was just at a distance, just like staring at me,” the victim told KIRO 7. “I think that he wanted to kill me.”

She said she believes the second attack should not have happened at all and blames the judicial system for being too lenient with Carranza-Ramirez, and not taking “aggravated factors” into consideration before handing down a sentence.

“Everyone will think the police did their job but the rest of the criminal justice system thoroughly let me down, failed me,” she said. “If the prosecutors had charged him appropriately and the judge had kept him locked up, he wouldn’t have even had the chance to do this.”

Police say Francisco Carranza-Ramirez committed another assault since being freed, on the same woman with disabilities he attacked last time. https://t.co/u3zPcmJI7Z

A review hearing for the conditions of his release has been scheduled for June 25.

Anyone with information on the whereabouts of Carranza-Ramirez is encouraged to phone 911.